Ahhh, the Olympics. Every two years (alternating winter/summer) we are treated to two-weeks of exemplary dedication, fierce competition, athletic performances that seem to defy the capabilities of the human frame, and emotionally-charged responses to the moment of victory or defeat. Of course, the other side to the Olympic story is billions of dollars spent on infrastructure 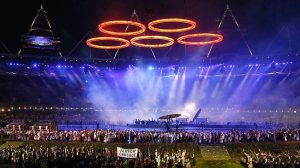 and beautifying a city to host the games with, according to Mark Perryman, no significant long-term boost to the economy (Jake Wetzel of the Sauder School of Business reached a similar conclusion recently based on real estate prices). And, underlying the shiny scenes of patriotic sports fans from around the world are the rumors of the homeless being hidden-away or shipped off with one-way bus/train tickets to other cities, along with accusations that the games divert energy and resources from social problems that require more than the gentrification Olympic development provides.

Don’t worry, I’m not going to write about either the glory of athletic dedication and physical endurance or about the Olympics as a great waste of money and resources. No, instead I want to consider Roger Federer — who ultimately won the silver medal— and his post-match interview with Brad Blanks at the games.

When asked, as an elite athlete, for his take on Michael Phelps, Federer responded, “Well it’s great, you know. It’s just amazing to see what he’s been able to achieve in the Olympic Games. That’s why we watch sports is to see guy’s reaction after they win. It’s what makes sports exciting.”

Watching this interview, this response caught my attention because it wasn’t what I expected to hear. For Federer—who knows well the work and talent required of an elite athlete and who certainly appreciates spectacular athletic performance—what first comes to mind isn’t the training TV commercials celebrate or the astounding performance during the seconds or hours of competition. He focuses on the integrity of the person as demonstrated in their moment of victory or defeat.

In his response, Federer suggests that the real joy of watching sport is in the strength and integrity of the human spirit in responding to great success or failure: that is what makes a champion rather than superhuman strength, speed, and 22 Olympic medals.

Why does this matter, especially coming from, arguably, the greatest tennis player of all time? Why isn’t this a trite or cliche answer about sportsmanship? Because, Federer knows better than most people walking the planet what is actually required to be an elite athlete and he identifies an individual’s heart as revealed by her response to great success or failure as the location of human drama and victory.

In saying this, knowingly or not, Federer is echoing Jesus’ teachings. In the Sermon on the Mount, Jesus teaches that it isn’t enough to fulfill the outward 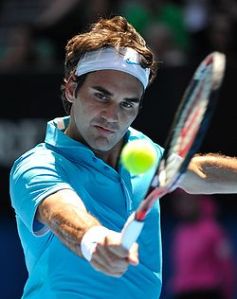 requirements of the law—it isn’t enough to merely play a clean game by the rules—but what matters to God is one’s heart. Hence, he says, “You have heard that it was said to the people long ago, ‘You shall not murder, and anyone who murders will be subject to judgment.’ But I tell you that anyone who is angry with a brother or sister will be subject to judgment” (Matthew 5: 21-22).

While this sounds like an extreme and impossible morality that we often write-off as exaggeration for rhetorical effect—after all, who really wants to be in danger of hell for being angry with someone else, especially a family member!—the difficult teaching rings true as we see it modeled at the Olympic games. If the most amazing swimmer responds to victory with arrogance, or the disappointed gymnast responds to loss with bitterness, they lose our respect and their performance, however great, is effectively nullified. Deep down, we know that the teaching of the Christian tradition regarding individual integrity and the character of the heart are true. While many may not like such a teaching when it comes from the Bible, when it comes from Roger Federer, it is difficult to disagree with the idea that the real “achievement” is a “guy’s reaction after they win.”  The real excitement is the drama of each human being responding to life—cooperating with God’s grace, striving to reflect the God in whose image all people are created—in victory and defeat.