How do we stop cycles of vengeance and violence? How can international powers intervene effectively in a brutal civil war like Syria’s? What can we say to someone who has seen relatives raped and murdered that will convince him not to repay criminals with his own hands?

These are questions thrust with poignant force to the international scene, now

that many countries of the Arab Spring try to rebuild themselves after brutal regimes and often brutal revolutions,  and now that the United States and some allies are considering intervening in Syria’s long and bloody civil war. A cover article of The Economist highlights precisely this challenge – especially relevant for a country that borders Iraq, Israel, Lebanon, Jordan and Turkey and that may let loose chemical weapons – of how to “spare the post-Assad Syria from murder and chaos and how to prevent violence from spreading across a combustible region.”[1]

So how can one stop the cycle of vengeance? A major article last year by TIME magazine, foreseeing months of armed militias struggling for power and escalating past ethnic conflicts into mass violence, notes that the fragmentation among opposition and Assad forces is unlikely to lead to an unified peaceful government. Syria may end up being dismantled violently like the ex-Yugoslavia, healing only after different ethnicities fight for their own little space. The immediate solution, it seems, may be “foreign troops [needed] not to bring down Assad but to stop the violence after he is gone.”  But in a year when Europe struggles with its own financial crisis, the United States is absorbed by presidential elections, and Russia still backs Assad’s regime, the article quickly adds: “But there are unlikely to be many takers for such a thankless mission.”[2]

But our question is larger than the practicalities of Syria’s current crisis-management: how  is non-violence born out of violence, from within? What would lead the very people who have suffered to lay down weapons and live 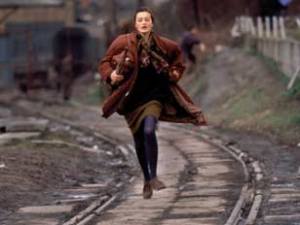 peacefully,  even with terrible memories? How can murder lead to hand-shaking; how can rape lead to embrace?

My answer is faith. And faith in something quite definite: faith that God is just and will avenge our hurts and set the world right. Faith that I do not need to strike back, for my God will judge those who have hurt me. Faith in God’s wrath, faith that God is so good and so loving that he will not let evil go unanswered.[3] Miroslav Volf, a Croatian who has witnessed the violence of the Balkans, highlights precisely the peace-building nature of belief in God’s opposition to evil.

If God where not angry at injustice and deception and did not make a final end to violence – that God would not be worthy of worship…. The only means of prohibiting all recourse to violence by  ourselves is to insist that violence is legitimate only when it comes from God…. it takes the quiet of a suburban home for the birth of the thesis that human non-violence [results from the belief in] God’s refusal to judge. In a sun-scorched land, soaked in the blood of the innocent, it will invariably die…[4]

Belief in God’s wrath may sound cruel, may sound like a relic of tribal times. But what will you say to someone that has suffered terrible wrong that will convince him to not strike back? Only a good and just God will be brilliant enough to obfuscate this person’s memory of pain. Only faith in future redemption will lead this person not to try to “redeem” the uneven balance and hurt the other to get even.

This is precisely Martin Luther King’s logic in his signature speech, I Have a Dream. He calls blacks of the civil rights movement to raise their sights from their current grievances and humiliations to a higher horizon of faith, to refuse to believe “that the bank of justice is bankrupt,” and, quoting the prophet Amos, to not be satisfied “until justice rolls down like waters and righteousness like a mighty stream.” King urges his followers to not let their protests degenerate into bitterness, hatred, and physical violence. And what will sustain them in non-violence?

I have a dream that one day every valley shall be exalted, every hill and mountain shall be made low, the rough places will be made plain, and the crooked places will be made straight, and the glory of the Lord shall be revealed, and all flesh shall see it together.This is our hope. This is the faith that I go back to the South with.[5]

discontinues only when a radical interruption disrupts the mechanisms of retaliation. International bombings may affect the cycle for some time, but to heal it, to change people’s desire to retribute from within, only a higher hope in God’s justice will do. Only belief in God’s wrath against evil will build lasting, sincere peace, and only the sight of a God taking the hostilities of the world onto himself on the cross will heal terrible hurts into the first steps of resolute, self-giving, redeemed love.

[1] “Towards the Endgame: The  world should start preparing for what comes after Syria’s President Bashar Assad”, The Economist, Jul 21st 2012. Article available at: http://www.economist.com/node/21559330.

[3] I have developed this theme better in an article on why would a good God allow the existence of hell.

[5] Martin Luther King, Jr., I Have a Dream. Transcript available at: http://www.usconstitution.net/dream.html.

2 responses to “A Note to Obama Before He Bombs Syria…”