Another day, another media attempt to redress ‘old-fashioned’ sexual ethics. Perhaps you read or heard that on 20th July, a vigilante group by the name of the Impact Team announced that it had hacked into AshleyMadison.com, a Canadian-based online extramarital dating service, and threatened to disclose details of every member – 37 million of them – unless the site was closed down. It prompted a flurry of journalistic output, some seeking to relativise the threat (a number of hacked files contained spam and apocalyptic images of hellfire), others attempting to relativise adultery. 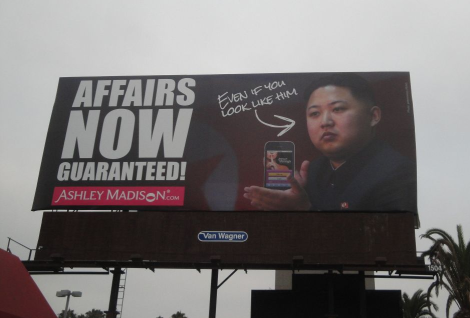 I think particularly of an article written for The Independent, 25th July, in which journalist Boyd Tonkin references the Ashley Madison motto, “Life is short. Have an affair,” together with the site’s assurances of strict secrecy, and likens them to ‘the Victorian era of guilty, covert thrills.’ His observation that ‘In places where puritanical traditions run strong and deep, shame and secrecy may still function as the ultimate aphrodisiac’ rings true, but the suggestion that ‘only forbidden fruit has much taste at all’ is false and supremely irritating.

Tonkin’s thought was later summarised by another writer in The Week (UK edition, 1st August 2015, p.6): ‘We thought we had reached the age of sexual enlightenment, but it turns out we moderns are no more candid and enlightened about sex than our Victorian forbears.’

So here’s what gets my goat. It’s the implication that sexual enlightenment is about doing whatever with whoever. It’s the detachment of ‘sexual enlightenment’ from enlightenment science. The science of sex remains unchanged for millennia. What is the science of sex? The propagation of the species, or at least the attempt to. Time, culture and contraception try to convince us that the primary purpose of sex is pleasure, self. But nature and science are clear that this isn’t its primary purpose. A truly authentic scientific/atheistic/enlightenment-ic discussion about extramarital sex would feature less about the self and more about the science, more about others, more about partners and produce: boyfriends, girlfriends, one night stands, husbands, wives and any children these couplings might and may well bring about – all of whom are affected by an affair. It is these relationships that affairs can utterly destroy, relationships of quality and longevity. If that were not the case, why would anyone pay so high a price for secrecy?

In many ways contraception has distorted the discussion. Children and families rarely feature. And how much easier it must be to promote or participate in an extramarital affair, when the only one you’re thinking of is you? It’s pure selfishness. My one consolation is that with that word we at least find Dawkins and Darwin staring us in the face.

So, dear reader, consider what it means to have sexual ethics so confused, and the word ‘enlightened’ so abused, to be told that keeping an affair quiet is Victorian, while being prouder, if not louder, is to be free. Do none of these journalists have a science GCSE? It’s not the theology but the biology – and progeny – of sex that demand we consider the consequences.

One response to “Enlightenment and Infidelity”