‘The Social Network’ has recently been released in cinemas worldwide. I watched the film with Ana, my wife. I must tell you I was really surprised that at the end… (I’m joking; I won’t spoil the movie for you, in case you still haven’t watched it.) The film displays the peculiar story behind the creation of the largest and most popular social network web site today, Facebook. Though launched in 2004, Facebook already has over 500 million active users, which is 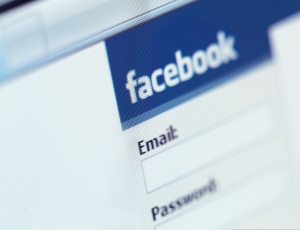 approximately one in every 14 people in the world (if Facebook were a country, it’d be the third most populous country in the planet). All users together spend over 700 billion minutes on Facebook every month.[1]

The American psychiatrist William Glasser has argued, in his ‘choice theory’, that one of the five basic needs of every person is to relate to other people.[2] Though his theory is not unanimously accepted, this assertion seems to describe a universal human experience. The enormous success of Facebook, and other social networks, surely lies on our deep desire to connect to others.

Christians believe in a God who also desires to connect to people. Though we long for relationships as a result of a need, God longs for relationships as a result of his fulfilment – God is complete in his perfect triune connexion (God the Father, Son and Spirit). Jesus’ death and resurrection, Christians affirm, is God’s unparalleled demonstration of his desire to connect. He’s connecting us to himself; connecting us to

Simone Weil was born in Paris in 1909. She has been recognized as one of the greatest spiritual and also political thinkers of her time. As a young woman and as a student in Sorbonne she rejected the idea of a personal God. Her perspective changed, nonetheless, as a consequence of a few unexpected occurrences in her adult life. When describing one of those experiences she affirmed: “I felt, while completely unprepared for it […] a presence more personal, more certain, and more real than that of a human being.”[3] And she added: “Christ himself came down […].”[4]

To use a Facebook language, God was adding Simone Weil as a friend. I believe he has sent the same invitation to us. The question is therefore: will we accept his invitation?

One response to “Longing to Connect”