In my last Wondering Fair article, I discussed how inconvenience sometimes aids credibility, particularly for politicians. Similarly, I suggested that Jesus has credibility because He says a lot of inconvenient things. I finished by saying, “Of course, the most unpopular thing Jesus says is actually what makes this whole article almost irrelevant…” You might wonder what this unpopular thing is.

It’s simply this: that He is the Lord Jesus Christ.

Christ comes from the Greek Christos, the translation of the Aramaic Messiah.

Messiah in first century Palestine specifically referred to a king. And the Greek word we translate as “Lord” is actually kurios, which can also be translated “Emperor”. At the time around Jesus’ life on earth, the Roman emperors like Caesar Augustus and Nero, were called kurioi, emperors.

Another highly relevant word is “gospel”, the translation of euangelion. Most Christians will probably tell you that “gospel” means “good news”. That is actually a poor translation. New Testament historian, N. T. Wright explains:

In the Greek world, as is well known among scholars, euangelion is a regular technical term, referring to the announcement of a great victory, or to the birth, or accession, of an emperor. (The first and third of these could of course easily be combined, if someone became emperor by means of a great military victory.)[1]

Say, you live in a village that wants to fight against an invading king and his army. You send your troops out, over the hill, to fight the invader. A day later, a herald walks into your village to announce the euangelion, that the invading king has won the battle, and you are now under his rule. The herald has run on ahead to announce his victory, and to prepare for his arrival. The new king might prove to be a kind ruler, a better ruler than your village had before. But either way, he is now your ruler.

A more accurate translation of euangelion or gospel than “good news” would probably be “Grand Decree”. N. T. Wright goes on:

When the herald makes a royal proclamation, he says ‘Nero (or whoever) has become emperor.’ He does not say ‘If you would like to have an experience of living under an emperor, you might care to try Nero.’ The proclamation is an authoritative summons to obedience.[2]

Westerners think in terms of democratic politics, where the ruler is determined by votes – rule is defined by “most liked”. Most of the world has never thought that way. They’ve thought in terms of imperial politics, where the ruler comes to power by overcoming all rivals militarily – rule is defined by “most strong”. If they’re liked, that’s nice, but not necessary. 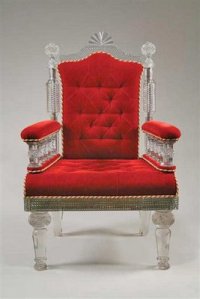 Our democratic brains can think Jesus is a cosmic politician vying for our popularity, versus other “candidates”, such as Buddha, Mohammed, Marx etc. This misunderstands the situation. Jesus does not derive His authority from our approval, but from defeating all other rivals for power over us. This is why the resurrection is so utterly important. All of us, undeniably, are ruled by death – we all die, whether we approve of it or not. Jesus’ resurrection defeats Death, His ultimate rival for power over us. Therefore, He rules ultimately. It is more realistic to assess your decision about Jesus, not on whether you find His message attractive, but whether the evidence for His victory – namely the resurrection – is compelling.

Jesus is not trying to be your President or Prime Minister. He is Lord. He rules. You might find that immensely unjust, feeling that you have the right to choose your ruler. But a democratic village will learn very quickly that they can’t resist a ruler just with disapproval. You must ask yourself, not whether you want Jesus to rule over you, but whether you are powerful enough to defeat Him. And to be frank, if death couldn’t defeat Him, I don’t like your chances. You might not like it either, but this isn’t a popularity contest. Jesus Christ is Lord.

6 responses to “Imperial Politics vs Democracy”