The photographer Platon has published a book of pictures called ‘Power.’ Over some twenty years he has photographed many of the world’s most powerful leaders, the good, the bad, the unphotogenic. In an interview with The Times

(21st May), Platon describes power as “a mirage” but speaks of the tangible darkness he felt when photographing Colonel Gaddafi. In his words, “I felt the evil seeping into me.” Up close, the ‘mirage’ clearly held some force.

Does power corrupt the person, or does corruption originate elsewhere? What would you do if you were ‘in power’? I find myself both shocked and tired by the seemingly incessant stream of world leaders who emerge as corrupt. Financial scams, political intrigues, sexual scandals, toxic skeletons rattling in the closet, it seems that some who wield power are completely ethically bankrupt. The late Vietnamese politician Madame Nhu, renowned for self-interest and abuse of power, said that “Power is delightful. Absolute power is absolutely delightful.” When I read of rigged elections or yet another head of state ‘clinging onto power,’ I wonder what makes power so delightful? Why do people cling to it? What makes it so alluring and so corrosive?

The Apostle Paul wrote that ‘the kingdom of God is not a matter of talk but of power’ (1 Cor. 4:20). But looking at the life of Jesus in the gospels, we see that Jesus exercised his power in a radically different way to the rulers of his day. Jesus’ first century followers believed that he was God incarnate, but instead of demonstrating his power with force, he did the complete opposite, aligning himself with the powerless, choosing to be materially poor and shedding every human vestige of prestige and status. Jesus recognised the human desire for power and 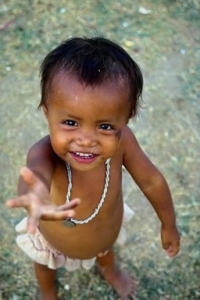 status, but resolutely refused to pursue them. Claiming that those who want to be great must put others first and must make themselves the servants of others, Jesus staged a counter-cultural counter-intuitive coup that shook the established order, wielding a power of its own two thousand years later.

Having photographed the powerful, Platon is now on a mission to photograph the powerless; those seeking to overthrow some of the leaders who appear in his book. I wonder if he will eventually publish the pictures side by side, the powerful and the powerless. I wonder too, if he could take Jesus’ picture, which group he would place him in.