Professor Lawrence Krauss is presently a scientific materialist’s pin-up physicist. With Richard Dawkins’ lavish praise, Krauss has been thrust into the limelight, and he is determined to use his quantum theorizing to do away with the need for a Creator. His book A

Universe from Nothing is a best seller, and his one hour technical youtube presentation has been watched a staggering 1.4 million times.

Across this three part post, I’ve considered the problematic philosophy of science underlying all previous quests for eternal and unified laws apart from a Creator (part 1), and offered arguably the central scientific defeater of Krauss’s crusade, deriving from the more certain laws of thermodynamics (part 2). What, then, is left to be said of such semantic equivocations?

Well, principally this: the mystery remains. Give it all the quantum spin you want, Krauss falls short of his claim to explain how our Universe popped into existence. As Professor Neil Ormerod notes, “Scientifically he may well be correct, but it clearly does not address the question of whether something can come from nothing, but tells us how some things can come from something else (empty space, which is not really empty at all).”[1]

Even if I grant that it is theoretically possible for quantum fields to change configuration and generate particles from no particles, this does not demonstrate that it is probable, let alone that it really happened. (Just as hundreds of intelligent scientists with billion dollar labs who may one day generate life from non-living organic chemicals does not demonstrate that this actually happened by chance in Earth’s distant history.)

Professor of Philosophy at Columbia University, David Albert, concurs with Ormerod and offers his own stinging book review in the New York Times:

Relativistic-quantum-field-theoretical vacuum states—no less than giraffes or refrigerators or solar systems—are particular arrangements of elementary physical stuff. … The fact that some arrangements of fields happen to correspond to the existence of particles and some don’t is not a whit more mysterious than 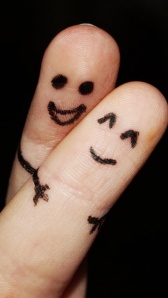 I thought that Darwin made it possible to be an “intellectually fulfilled atheist.”[3] Apparently not. We still have those pesky problems of generating life from non-life, complex and real arrangements of matter from simple and virtual particles, and once again—despite Krauss’s name functioning as a materialistic mantra—how we can defy the laws of thermodynamics to get something from literally nothing.

I champion the efforts of scientists to study the material world and find solutions to problems. This legacy derives in large part from the Biblical belief in a law giver and the mandate to cultivate the world.[4] Yet supposing ‘science’ will find the answer in this case is yet another instance of naturalistic faith, and it’s more than this sceptic can bear.

I may not get all the science, and Krauss certainly is a genius, but I recognise a shell game when I see one. Theologians and philosophers have consistently defined ‘nothing’ as no-thing: nil, nada, not anything, it’s what stones dream of at night. And semantically this is clearly not what the brilliant Professor is considering. To pretend otherwise is misleading.

And it’s a good thing, too, that Krauss is wrong. Fine, dismiss the divine foot in the door to protect science’s certainty through an ongoing chain of material cause and effect. A materialist’s game as it may be, at least be consistent. If Universes can literally pop into and out of existence, how can one control for any variable? What certainty can one have of any conclusion? In what sense is this better for science than positing a stable God who providentially upholds the “regularities of nature”? I wonder, alongside C. S. Lewis, “Has it come to that?  Does the whole vast structure of modern naturalism depend not on positive evidence but simply on an a priori metaphysical prejudice? Was it devised not to get in facts but to keep out God?”[5]

Creation is contingent, and as far as I can tell, a Universe from nothing is a total load of Krauss. But, if you’re willing to believe this, then visit the enterprising folks over at www.nothing.net and read the testimonials, and I’m sure they’d be happy for your business. As for me, my money is still on God.

[4] This has been the consensus ever since M. B. Foster wrote “The Christian Doctrine of Creation and the Rise of Modern Natural Science,” Mind 43 (1934): 447. That Christianity provided the soil in which science could truly and sustainably flourish has since been advanced by sociologists like Max Weber, and Rodney Stark, For the Glory of God: How Monotheism Led to Reformations, Science, Witch-Hunts, and the End of Slavery (Princeton, NJ: Princeton University Press, 2003), and by numerous scientists and historians, which you can trace here and here.

5 responses to “Universe from Nothing – a load of Krauss, part 3”