It seems to me that the delegation of tasks (better known as the delegation of control) is a bit like asking a friend to cut your hair. You’re probably better off doing the job yourself, you sense things are not going to turn out perfect, but at least you can say you gave them a

chance before taking back the scissors (and editing their handiwork later).

Delegation of anything can be a delicate issue. Some of us can’t handle the weight of responsibility, and so delegate in order to shirk decision-making at the earliest opportunity. Others of us simply don’t trust anyone other than ourselves to do the job well or to meet our expectations, countenancing delegation solely as a means of assigning unwanted and unimportant work to someone else.

So how does God square up as a delegator? How does someone with a world of power, and vision to match, decide who to share it with? How does God get the work done? Looking at the life of Jesus, we find some interesting lessons. Here are a few:

Firstly, God invests in people quickly. Within moments, it seems, of Jesus’ taking up public ministry, he calls alongside Simon Peter and his brother Andrew, then James and his brother John (Matt. 4). From the outset, God does not intend to do his work alone.

Secondly, God takes the flack for his people’s mistakes. Nobody concerned to save face would choose disciples like Jesus’ twelve. Time and again they misunderstand him, they misinterpret him and disobey him, with the consequence that others misunderstand and misinterpret him. So no, God would not get a gold star for his choice of employees, but he manages the ones he has with exceptional skill. Jesus is patient with his disciples, he takes his time with them, he journeys with them, he repeats and explains things for them, he invests time and prayer in them, and ultimately he stands by them. Nobody gets dropped but everybody is given freedom to leave, however painful to himself and his mission (Matt. 26:31).

Thirdly, God’s ‘whys’ are more important than his ‘whos.’ When it comes to choosing who to pass the baton to, Jesus chooses prayerfully (Luke 6) and then merely adequately. I don’t think Jesus chose disciples from among fishermen, zealots and tax collectors because they shone out as skilled learners and leaders. I think he chose them for a different reason entirely: 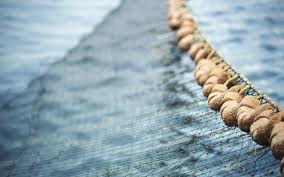 to show that it is only by God’s own qualities, his love, grace and power shared, that anyone can fulfil God’s intentions. God’s associates are not the world’s boldest and best, but ordinary people like you and me, people who may not have it all at the outset but who can learn as they follow, developing skills and traits which mirror God’s own, with everlasting impact.

Having been a manager myself in days gone by, I appreciate that these things may not translate easily to the world of business (or hairdressing!), geared as we are to hold on to control more easily than we relinquish it. But I do wonder what life would look like if we had a go at doing things Jesus’ way. We might end up looking like Ziggy Stardust, but perhaps we wouldn’t need the scissors back.