Recently, I was at a Christian camp for teenagers, and I noticed something different.

It’s perhaps helpful to start with what wasn’t different. Towards the end of the camp, the main speaker invited the kids to commit, or recommit, their lives to Christ. The basic framework of that invitation was pretty familiar: this world is a broken place, and you probably sense your own brokenness; that’s 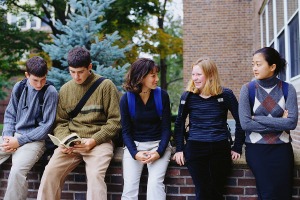 caused by our betrayal of God (called sin); but in His grace, God sent Jesus to die and rise again to fix that brokenness; so make Jesus your Lord and Saviour, and the ultimate consequences of your brokenness will disappear; publicly proclaim that decision by standing up.

By itself, this could be interpreted to mean several things: perhaps the speaker did a bad job (I don’t think he did), or perhaps all of the kids were already strongly committed to Jesus (I don’t think they were). But I think the real reason for this lack of response came the next day.

The final day of the camp, the speaker talked about the Kingdom that Jesus has come to create: a Kingdom of justice, community, and restoration. Then, the talk went kinda similar to the previous talk, but with a slight difference: this world is a broken place, and you probably sense your own brokenness; that’s caused by our betrayal of God (called sin); but in His grace, God sent Jesus to die and rise again to fix that brokenness; so make Jesus your Lord and Saviour, and (here’s the difference!) through His Spirit, God will make you agents of bringing that Kingdom into this broken world, now. Stand up to join God in changing the world.

In response, almost every kid stood up immediately in response.

So, what’s going on here?

We live in the most consumerist society in history, a culture defined by selfish greed and personal gain. By itself, that first invitation would be framing the gospel in consumerist terms: my personal problem of sin, Jesus dying for me to solve my problem, and me making a decision to accept Jesus’ offer to help me. It is a consumerist framework. Of course, Jesus does bring personal salvation, and some of us  (about one in every 130, it seems) still need to hear that. But by itself, that isn’t going to work any more, for several reasons.

Firstly, by only framing the gospel that way, we inevitably find ourselves “competing” with other cultural influencers (namely, companies) who are also offering to solve people’s personal problems. Marketing research indicates that people do choose inferior products, if they have better marketing. So even if Christ’s gospel is better at solving people’s personal problems than say, Coca Cola, people won’t see that because Coke have a bigger marketing budget than we do.

Secondly, this consumerist emphasis is, if we think about it, contrary to 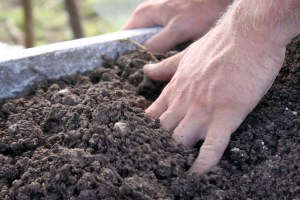 the gospel message itself. Part of what defines sin as sin, is self-centredness, a focus on me. So a gospel that is ultimately about Jesus solving my problem of my self-centredness, is somewhat of an oxymoron.

Finally, and perhaps most importantly, I think people (and especially those teenage i-Gens), have drunk deeply from the well of self-centredness that our consumerist culture offers. They’ve almost drowned in it. And they have discovered what the gospel already told us – that our self-centredness is a horrible thing, and isn’t what God made us for. He made us to be us, not me.

Which is why the second talk was so effective. Those kids are people who want to make a difference, and change the world for the better. Well, that’s exactly what God wants to do, too. Jesus informs us how that will look when He describes His Kingdom, and His Spirit empowers us to bring that about. The gospel we preach will only become more effective, as we shift from how God helps me, to how God equips me, and you, and all of us, to help the world.

5 responses to “To Change the World”