I was taking a walk at a park when I saw Claudio from the distance. I walked toward him to begin a conversation. He was clearly a ragamuffin and seemed to have some level of mental disorder. I greeted him and asked his name. I remember asking: “Do you have any food to eat?” “I knock at people’s door and eat what they give me” Claudio calmly replied. His eyes seemed distant and his 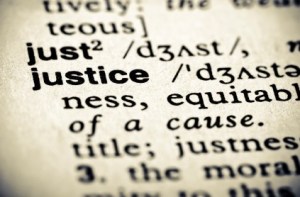 answers were concise. We spoke briefly and I offered help.  He refused any assistance and soon decided to walk away.

A few days later my heart sank once again. My brother told me he had given a pair of shoes he no longer wore to the man who watches over the cars parked on the streets near a university campus. The man’s reaction was one of overwhelmed joy and gratitude (perhaps the same as the one most of us would have if somebody gave us us  us a Ferrari).

You and I live in a world marked by profound social injustice.

According to a study commissioned by the United Nations food agency, about one third of all food produced for human consumption in the world today is wasted or lost. At the same time, according to the World Health Organization, hunger is the single most serious threat to the world’s public health. Around 25000 people die of hunger or hunger-related causes every day, including 6 million children every year.

How does this make you feel? I guess one of the most common reactions in people who genuinely consider or face social injustice is a sense of revolt and revulsion. We want to rightly shout: “This is not fair!” Don’t you agree?

But why is it not fair? Who are we to say this condition is unjust? Though it may seem cruel to even ask these questions, I do it for the sole purpose of reminding us that an absolute outside pattern is 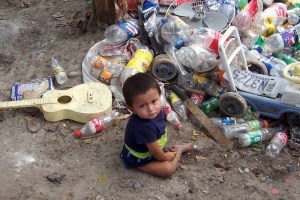 necessary for any situation to be considered just or unjust.

As C. S. Lewis expressed: “My argument against God was that the universe seemed so cruel and unjust. But how had I got this idea of just and unjust? A man does not call a line crooked unless he has some idea of a straight line. What was I comparing this universe with when I called it unjust?”[1]

The reality of God, therefore, is what offers humanity a criterion to live by and enables us to determine what is and what is not just. This includes social issues. If the global social injustice breaks our heart, it is because first and foremost it breaks God’s heart. When we cry: “it’s not right!” We are but echoing the cry of God.

There are literally hundreds of references in the bible to God’s concern for social justice. Among them are: “Learn to do good; seek justice, correct oppression; bring justice to the fatherless, plead the widow’s cause.”[2] “For I, the LORD, love justice”[3]. “This is what the LORD Almighty says: ‘Administer true justice; show mercy and compassion to one another.”[4]

God not only speaks against social injustice, he also chose to immerse himself in this reality through the incarnation of Jesus, the God-Son. And moreover, through the death and resurrection 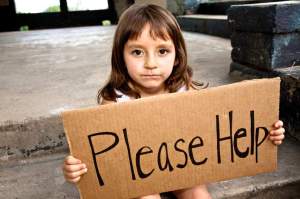 of Jesus he inaugurated an injustice-free kingdom which will be fully established after Christ’s second coming. When this happens, the bible affirms, there “…will be no more death, or mourning or crying or pain.”[5]

Undoubtedly we must do whatever we can, wherever we can and whenever we can do to eliminate any form of social injustice in the world. But we are not alone on this mission. There’s a God through whom we know what social justice should look like, who has spoken so clearly regarding it and who is establishing a fully just kingdom for those who belong to him.