I was recently listening to a radio interview with a certain person who had been the victim of a terrible crime.  The conversation touched on the unlikelihood of “justice” being done in this case, the effects this was having upon the victim, and a number of other painful themes.  It was an interview that spoke of sadness and regret, anger and pain.  Near the end, the discussion turned to the uncertainty of what lay ahead for this person who had been victimized in a variety of ways.  He wasn’t sure about specific next steps, but he was certain of one thing: “I deserve a happy ending.”

It’s an interesting idea—that this person, or anyone else, deserves a happy ending.  One should always be wary, I suppose, of subjecting any singular, isolated statement to overly rigorous analysis, but this little phrase has me thinking today as we approach the end of 2013.  Is this statement simply a reflection of an individual’s psychological state, with a bit of urgency tacked on?  Is it just another way of saying “I hope” for a happy ending or “I would really like” a happy ending?  Is the word “deserve” substituted to focus attention upon horrors already endured—as if life were some kind of karmic calculation whereby enduring x amount of hardship means that y amount of goodness or pleasure is due?  Are we in the realm of psychology or ontology here—does “I deserve a happy ending” merely reflect our own wishful projections or does it point to something objectively real about the nature and destiny of humanity and the cosmos?

The Bible, of course, has the odd thing to say about what we “deserve,” and it’s not exactly pleasant reading.  What we deserve, according to the Apostle Paul and others, is death.  We are “by nature objects of wrath,” according to Ephesians 2.  Objects of wrath.  By nature—simply because of who/what we are as sinners who have always chosen self over God.  Strong words about what we deserve.  Of course, this isn’t all that the Bible has to say on the matter (thank God!), but the idea that to whatever extent we “deserve” anything from God or the world, it is anything but a happy ending seems like a fairly inescapable conclusion from Scripture.

Come to think of it, though, there are few religious traditions or philosophies that claim we deserve a happy ending. Salvation, enlightenment, nirvana, escape, heaven, etc are rarely (if ever) described as deserved.  These things are thought to be achieved, attained, even received, perhaps, but not deserved.  And of course it is difficult to squeeze anything like a “deserved” happy ending from a strictly materialistic worldview, either.  We are “owed” precisely nothing by a universe characterized by, as Richard Dawkins has so cheerfully put it, “blind, pitiless indifference.”  Our endings are the same as our beginnings and middles—purposeless and amoral.  Whatever our worldview, it seems, we are not owed a happy ending.

And yet, we can’t seem to shake this idea that there is goodness in our future. The pursuit of happy endings—from the mundane and the everyday to the eschatological and existential—has animated human thinking and acting and believing and behaving across cultures and throughout history.  Of course, the presence of a widely held human desire/assumption about the world does not thereby mean that said desire/assumption is true.  Desire is not an argument for the existence of God or of happy endings.  But desire is, at the very least, suggestive.  It is worth paying attention to. 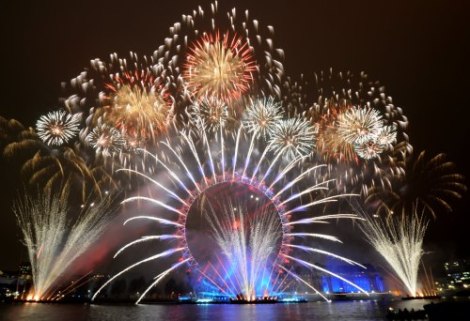 So, if we can’t say we deserve happy endings, what can we say?  What, if anything, does this desire and the unspoken assumptions behind it point to?  Well, from a Christian perspective, I think a good place to start is with grace.  Salvation is described throughout Scripture not as something we are owed by virtue of existence, but as a gift of God.  Perhaps there is something worth pausing over here.  The word “deserve” comes from the language of entitlement.  It is transactional language, the language of commerce and business, the language of rights and duties.  Words like “gift” and “grace,” on the other hand, have a different grammar.  They somehow seem more personal, more pregnant with possibility, surprise, and joy, more human.  They point, I think, to something that is better than we can imagine.

And maybe this is as it should be when we’re talking about happy endings.  Because, at least for me, the happiest temporal endings I have experienced have not been the collection of debts owed but the flabbergasted acceptance of a sheer, undeserved, unexpected, and delightful gifts.