I get asked this treacherous question a lot, and I know I’m not the only one.  The question, in its variant forms, is not only asked to those who teach, write, or talk about religion professionally. Obviously these folks are subject to scrutiny simply by virtue of their trade. But others too have faced this excruciating question at some point. Once the most anticipated meet-and-greet questions 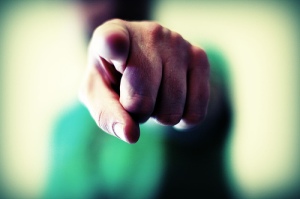 have been asked—questions like “What do you do?” and “Where do you live?”— there are only so many other ways to keep the conversation flowing. Eventually, mundane conversations give way to discussions about the sacred, and people want to know what others believe about religion.

The reason why the religious question is so difficult is because very few responses turn out well.  If you answer in the affirmative (e.g. “Why, yes, I certainly am a very religious and devout person”) then immediately you are seen as smug and self-righteous. On the other hand, if you say, “No I’m not very religious…” then you get may get characterized as a crass materialist. The optional added phrase “… but I’m spiritual,” could simply lead to the perception that you are a spineless agnostic or hokey New Ager. All of these characterizations are unfair, especially for the thoughtful and intelligent readers of Wondering Fair.

So how does anyone, religious or not, answer this question? First, it is important to ask Mr. or Ms. Socrates to clarify what they mean. Is a “religious” person one 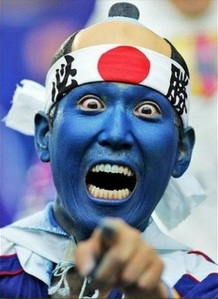 who goes to a house of worship on a regular basis? Someone who prays before meals? Or tries to convert others to what they believe? Or has weird beliefs about creation and the dinosaurs? Whatever the assumption, it’s critical to have this issue addressed preliminarily because “being religious” means different things to different people, and no one wants give an answer only to have it immediately misconstrued.

Second, and more importantly, the question “Are you religious?” mistakenly assumes that some people are religious while others are not. Granted, not everyone participates in organized religion, but all people are functionally religious about something. Everyone who walks the planet organizes their life around a set of ideas about the world, what is of utmost value, and how we should live. Regardless of how well people articulate these ideas, the particular way of life that emerges from this set of beliefs, if you think about it, is in essence a religion.

Recently, the people most fervently discussing the idea that we are innately religious creatures are not theologians and rabbis, but rather a group of anthropologists and archaeologists. A few years ago, National Geographic Magazine did a cover article on what is now believed to be one of the world’s first religious temples ever built. Located in Southern Turkey, the site archaeologists have uncovered called Göbekli Tepe is not only fascinating because it predates Stonehenge and the Great Pyramid at Giza by thousands of years, it is also striking because it has forced anthropologists to reconsider a long-standing belief that religion came into existence after the rise of agriculture. This theory

held that religion was born out of a need for social cooperation and the establishment of shared beliefs and values. In other words, first there were humans, then came agriculture, and then later on came religion. Now, however, in the words of Charles Mann, “What [Göbekli Tepe] suggests, at least to the archaeologists working there, is that the human sense of the sacred—and the human love of a good spectacle—may have given rise to civilization itself.”[1]

To me, all this sounds similar to the Apostle Paul’s words in Romans: “Since the creation of the world, God’s invisible qualities—his eternal power and divine nature—have been clearly seen, being understood from what has been made, so that people are without excuse.”[2] If Paul and the archaeologists at Göbekli Tepe are right, then the best question is not, “Are you religious?” Instead, since it seems we are all religious about something, the real question is, what will that something be?

9 responses to ““Are You Religious?””