“Eat your vegetables”, parents will often advise their children at the table. A few years ago, however, the common advice in Europe was very different: “Be careful with raw vegetables.” An outbreak of the bacteria E. coli in Germany has killed several people and left hundreds fighting the infection across the continent. The source of the deadly E. coli is still unknown, but is thought to be

present in some raw vegetables.

To be seen by the naked eye, an E. coli bacteria needs to be magnified around 10.000 times. Yet, a group of them is capable of killing a human being within a few days. It’s sad to think that some people in Germany were enjoying a meal not knowing it’d actually take their lives away. Who in the world would imagine such a thing?

Let’s admit it: life is fragile. As sang by the pop star Sting:

James, author of a book in the Bible, tells his readers: “What is your life? You are a mist that appears for a little while and then vanishes.” [2] 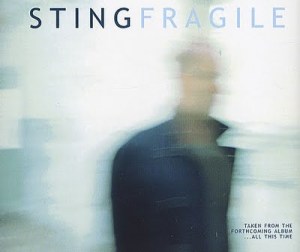 Please let me invite you to consider a short but profound question: “and then, what?” Life is fragile and we might lose it when we least expect. And then, what?

I’m certainly not suggesting we should be obsessed with death; however, I think it’d be unwise not to seriously reflect on something that I know will take place. Don’t you consider it curious that we often worry about and ‘pre-occupy’ ourselves with possibilities (most of which never occur as we foresaw them) and we simply ignore certain situations that will surely become real at some point? In my opinion, the fragility of life and therefore the reality of death is an example.

Jesus mentioned the existence of an eternal life several times. To give an example: “In my Father’s house are many rooms; if it were not so, I would have told you. I am going there to prepare a place for you. And if I go and prepare a place for you, I will come back and take you to be with me that you also may be where I am.” [3] Although we don’t like to hear it, Jesus actually made several references to only two places people will spend their eternity.

And then, what? Your answer, and I respect it, could be: “there’s nothing”. But have you considered a different possibility? Have you sincerely considered that Jesus might be telling the truth? Wouldn’t now, while we haven’t yet fully tasted life’s fragility, be a good moment to seriously ponder our view?

As a Christian I take Jesus’ words to be true. Despite the fact that my life is more fragile than I want to admit, I believe that because of him I can hope for an

C. S. Lewis beautifully expressed this assurance at the end of his final novel in “The Chronicles of Narnia” series. Making reference to the main characters of the book and their time in Narnia, his metaphor paints a picture of the Christian hope:

“But for them it was only the beginning of the real story. All their life in this world and all their adventures in Narnia had only been the cover and the title page: now at last they were beginning Chapter One of the Great Story which no one on earth has read; which goes on forever; in which every chapter is better than the one before.” [4]