My daughter has lately been coming to terms with the horrors of World War 2. They’ve been studying this period of history in school, and she recently watched a movie that told the story of war through the lens of a couple of young children. She was distraught and more than a little belligerent at the end. How could God possibly allow people to make things like gas chambers?! she demanded to know. I thought God was supposed to help people! What about all the promises that God makes to deliver people?! Why wouldn’t God stop people from doing that to each other?! I totally get why some people say there’s no God! Why doesn’t God do something?! 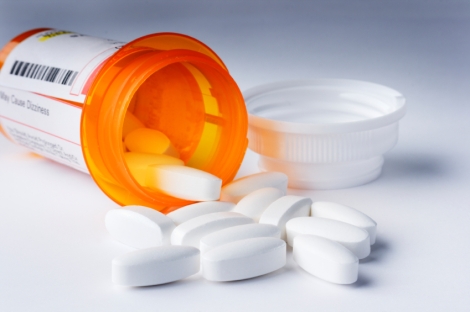 I had another conversation recently with a woman who was determined to convince me of the healing powers of special foods and healing techniques. She told me about a one particular food from the jungle that cured cancer. She told me about how she had a supernatural gift for healing all kinds of things—colds, flus, nerve trouble, even broken bones.  She could do “energy transfer,” too. Here, I’ll show you, she said at one point. Hold out your hand. I did. Her fingers began to hover over the top of my palm in a circular pattern. You should be feeling some tingling, right? I looked blankly at her, then down at my hand. I tried to will it to feel a tingling of some kind, but nothing, alas. No, I don’t, I said. She sighed in frustration. Well, I wasn’t sure it would work here anyway. I’m feeling more stressed than usual…

These two conversations reminded me that pain management is a huge part of the worldviews that we embrace or reject. Whether it’s questions of goodness and power of God (or even God’s existence), or the possibility of meaning, hope, and redemption, so much comes down to how we understand what suffering is doing in our world.

In the first conversation, my daughter witnessed a narrative of unredeemed suffering, and it left her reeling. She’s used to stories with happy endings, stories where evil is always vanquished, where the good guys win and the bad guys lose, where virtue is rewarded and vice punished. These are the narratives that sell, the ones that we are hungry for, the only ones that we often entrust to our young. They’ll have their whole lives to realize that life is quite a bit more complicated than that, we think. Why not leave them to their simple stories for as long as possible? And then, when pain shatters this illusion—when she begins to learn about the beastly ways in which human beings can act toward one another, when she witnesses the portrayal of unimaginable suffering—her categories begin to wobble.

In the second conversation, this dear woman was convinced that all pain could be fixed with the right food, the right techniques, the right understanding and implementation of healing texts in the Bible. The presence of pain signaled the absence of the proper application of the proper tools. All pain could be avoided, she seemed to think. And yet I had also listened as she told me about the agonizing death of her husband in a car crash a few years earlier, of a friend she loved whose cataracts were causing her to go blind. At every turn, it seemed to me, her understanding of pain and its role in her worldview didn’t seem up to the task of dealing with the real world. But she didn’t see it that way. She had put pain in its place, and there it would stay.

At the end of the day, each of us have adopted some form of a pain management strategy in a world where awful things happen to people, and people do awful things to one another every day. Some reject and resent God for allowing pain, stamping their feet and demanding a more competent God than the one who’s claimed to be running the show. Some cling to belief in God as the only means by which pain and suffering might ever be healed and overcome. And some do both in the same day.

In the Christian narrative, God’s pain management strategy involves walking straight into the heart of it. Not avoiding it, not demanding it be taken out of the equation, not searching for the right techniques by which to manipulate the cosmos into dulling its effects, but by absorbing it into his very being, forgiving it, healing it, and defeating it.  It doesn’t always seem like a terribly good strategy to us, I grant, not least because pain still lingers this side of eternity. We would prefer more immediate results.  We would prefer a more decisive and obvious and impressive defeat.

But the Christian conviction is also that God can be found in the midst of pain. That somehow God is closest to those who hurt because God has hurt himself.  That, in the end, God’s response to pain is less to manage it than to enter it with those who bear his image on earth, as part of a broader narrative where all things are made new.