No one likes being called names: Ignoramus, Incompetent Boob, Fundamentalist, Fatso. Often the abuse has a scintilla of substance, albeit couched in an ad hominem that distracts from one’s own shortcomings. But the latest label thrown my way really hurt: Luddite. That’s right, someone called me a ‘Luddite’.

How would you feel? I was shocked. Partly because of the scathing tone: “Llluddite!” But mostly because I had no idea what it meant.  My self-image as a walking lexicon was shaken. 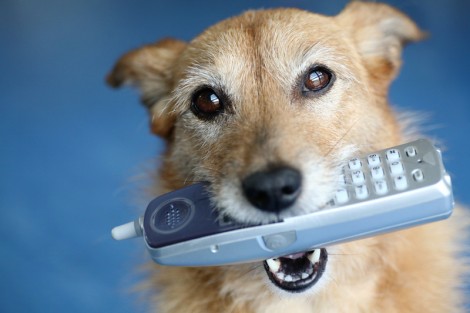 So I did some research. First, context. The detractor applied the label when he discovered I have no mobile phone. (Or cell phone for my North American counterparts!) “Who in this day and age doesn’t have a mobile? … You Llluddite!” Ouch. So I’m guessing this was a not-so-subtle technological swipe.

Second, history. Resisting the urge to google this insult, I reached for a copy of Technopoly sitting on my shelf.  Social critic Neil Postman might shed some light. (Pause for page flicking.) Ah, the Luddite Movement began with the actions of a youth named Ludlum.  (An unfortunate start to be sure.) His father asked him to fix a malfunctioning weaving machine, but instead Ludlum destroyed the devilish device. Devilish, because between 1811 and 1816, this contraption had replaced skilled fabric workers, resulting in wage cuts, child labour, unemployment, and widespread discontent. In Postman’s words, “since then the term ‘Luddite’ has come to mean an almost childish and certainly naïve opposition to technology.”[1]

“Could this be me?” I wonder. Am I a Luddite simply because I neither possess nor know how to use a mobile phone?  Granted, I have broken electronic equipment over the years; recently I ran my friend’s iPod through a washing cycle before hanging it out to dry, still secure in his jeans pocket. But I’ve never intentionally destroyed any device.  Maybe not owning a phone was such a countercultural stance that I should be considered a naïve opponent of technology?

Postman continued: “But the historical Luddites were neither childish nor naïve. They were people trying desperately to preserve whatever rights, privileges, laws, and customs had given them justice in the older world-view.”

Perhaps there was some substance to this stinging attack.  Now, I’m not judging others for having a mobile. If I worked as a courier, a cell phone would be indispensable. And I don’t believe I’m a hypocrite to borrow a friend’s phone and tell my wife I’ll be late home. But I do resent how we unthinkingly adopt the latest and greatest without ever asking how it affects all our lives.

In many ways, I liked life better BME (before mobiles existed). BME my yes was a yes and my no was a no.  I was organized enough to turn up when I should; I wouldn’t hold off to see if a better social offer came my way, forcing last minute changes of plan. BME I could hold a sustained conversation without interruption, eye-contact and all, without my best friend glancing under the table to text his girlfriend. And BME you could still track me down in the case of an emergency. I was accessible, but not so convenient that you would divulge trivial details better kept to yourself, or treat me like a tool to accomplish tasks truly your own.

In this age when I’m already a digital fish swimming in radio waves, occasionally I need some shelter. I wonder if there is such a thing as “too contactable”—leave a message for me at the Coffee Club if you must, but don’t make out like the world fell apart because I wasn’t a text away.

Maybe one day I’ll purchase a mobile, and then “Luddite” will give way to “Sell Out.” But until that day, I’m learning to embrace this label. My only wish is that the way I use technology will magnify rather than mutilate God’s image in me.

8 responses to “A Label I’m Learning to Embrace”