Why are we afraid of belonging? Because we lose control? Independence? Pride? 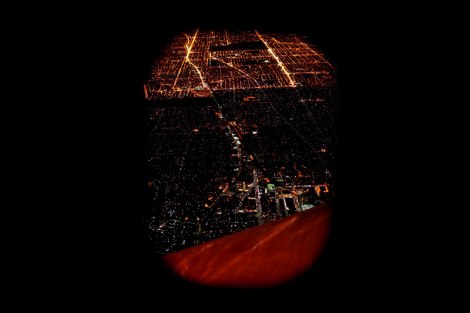 I thought about these questions flying back home from a hug-filled conference in Lisbon, when islands of saneness emerged between trips to take my sons to the plane’s bathroom and they swinging their iPad right and left to play a new jet ski app. Yet it wasn’t a relationship or situation that got me thinking about belonging, but some abstract lines by T. S. Eliot. (Or, I realize it now, their juxtaposition to these concrete experiences.)

Do not let me hear
Of the wisdom of old men, but rather of their folly,
Their fear of fear and frenzy, their fear of possession,
Of belonging to one another, or to others, or to God.

It is a poet’s skill to pack vast observations in a few phrases – each adding a twist to the previous one, like a slender, rebellious snake. Here he writes about wanting to hear not of wisdom but of folly, that is, fear of fear (is it really foolish?), of frenzy, of possession. I found it a true, and curious, observation: the fear of possession. It entails responsibility, the embrace of otherness that is brought into the sphere of the self. For possessing something is a step on the way to belonging to someone, isn’t it? Possession is less demanding than belonging, but it raises anxiety nonetheless to an aging person: who will I leave this house/debt/life project to?

Which entails the question of belonging to one another. Or, as the snake shakes further from our hands, the fear of belonging to others beyond our control, or to the ultimate Other – God. That freaks us out, doesn’t it? Belonging to God? Utterly entrusting ourselves? Die a slow, lonely death would be a less anxious prospect for many of us.

But that is what Eliot claims to want to hear of in these lines. We can only speculate why. Because he was an old man himself at this point? To find camaraderie when witnessing the fears of aging friends?

Another famous part of this poem brings again to the surface the theme of God.

Except for the point, the still
point,
There would be no dance, and there is only the dance.

It is a classy argument for God: except for the still point holding firm the whole of existence, there would be no frenzy, no movement, no dance. And there is only the dance.

The lucidity to properly conclude this article eludes me, now that my computer marks 11:09 pm and Matteo sleeps with his head on my thigh. His chest expands as he inhales; Pietro just asked for juice. The stewardess passed offering lottery tickets, all is dark outside the window. Maybe this is my conclusion: a dim sense that we can move beyond the fear of fear. When we dare to possess and belong. When the unending dance is traced to the still point.

For there is only the dance.