The ability to interact online is a marvelous gift and one that, as someone who has been blogging for nearly a decade, I am immensely appreciative of. But to the surprise of precisely no one who has spent more than five minutes online, the shared spaces of our online discourse can also be profoundly uninspiring in countless ways. See virtually any comment section anywhere. The human capacity for coarse vulgarity, tribalistic stupidity and willful misunderstanding and misrepresentation is apparently limitless. 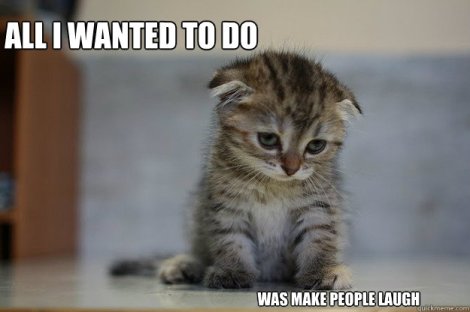 People whose job it is to come up with terms for prominent cultural phenomena call this “virtue signaling.” Here’s one definition:

Virtue signaling is the expression or promotion of viewpoints that are especially valued within a social group, especially when this is done primarily to enhance the social standing of the speaker.

It doesn’t really matter what is being shared or promoted—it could be an opinion about Brexit or same sex marriage or indigenous issues or immigration or the expression of horror at the latest catastrophic event. However we share and whatever we share and however inconsistently we share, the vital thing is that we are sharing it and that others will (hopefully) see us doing so. We want the right people to see us thinking and doing and sharing the right things and being against the wrong things.

I think that this is one area where Christians have a duty to exhibit a better, more healthy and humble way of being in the world. I often have the experience of scrolling through the latest parade of righteousness on Facebook (some of which I have contributed to) and thinking of Jesus’ words in Matthew 6:

Be careful not to practice your righteousness in front of others to be seen by them. If you do, you will have no reward from your Father in heaven.

Jesus goes on to talk about not letting our left hand know what our right hand is doing, giving in secret, praying in anonymity, keeping our words brief…. Simplicity, anonymity, humility, reticence. All things that we seem to be uniquely terrible at in the digital age. We so often can’t seem to even imagine the idea of practicing an unobserved righteousness. We can’t allow an injustice or error or outrageous comment to pass by without heaping scorn and derision upon it. We can’t allow something beautiful or good or laudable or impressive to pass by without attaching ourselves to its coattails, parasitically drinking in the praise. Our righteousness matters a great deal to us. A great deal, indeed.

At the risk of being melodramatic, I think that this might be one of the issues of our time, one of the most significant obstacles to becoming spiritually healthy, generous, and open people who are capable of truly loving our neighbours (even the wrong-thinking and wrong-sharing ones!) as ourselves. It’s really hard to love other people well when we can’t see beyond ourselves and how our selves are being perceived and evaluated.

And even leaving aside the sorts of people we are becoming, Jesus says that if we insist on practicing our righteousness publicly, in order to be seen, we will have our rewards and they will be scant indeed. A few likes or shares or emoticons or whatever. A familiar chorus of familiar voices echoing familiar affirmations about familiar things before moving on to the next familiar thing.

At my best, I want more than this. I want different sorts of rewards. I want the rewards from our Father in heaven—the one who alone sees truly, who alone evaluates fairly, who is full of mercy for all my mixed motives.  The one who generously forgives the many pitiful ways in which I signal virtue and practice righteousness for faint and fleeting praise. The one who knows that despite it all I really do want to pursue righteousness and virtue for the right kinds of rewards.