A woman sits, staring vacantly at the television in front of her. I look at the TV. It is a road report, outlining the wintry conditions that we might expect on this or that Alberta road. I ponder the abundant ironies and incongruities contained in the image of this woman sitting, alone, watching the road report. She will likely never travel a winter road again. 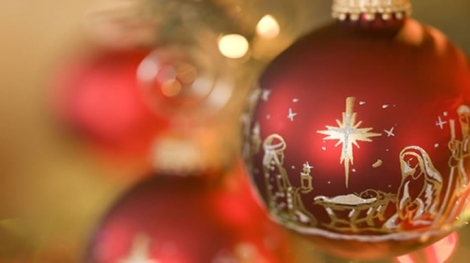 An old man inches his way along with his walker, pausing near the front desk. I watch as he sneaks a quick peek around before grabbing a handful of Christmas chocolates and candy canes. He drops two trying to put them in the basket of his walker. He tries his best to pick them up quickly, but it’s no use. People see. A stealth operation gone awry…

Some of the residents do their morning exercises. They move their hands in slow circles, clockwise, then counterclockwise. They make chirping motions with their hands while sitting in long rows. The leader of the exercises is bright and chipper, but most of the residents are not. They mostly look tired.

There are so many TVs here. And they’re always on. While I wait for the elevator, I watch one.  It’s an infomercial about an exercise machine. Lean, hard, young bodies in tight clothes bounce vibrantly across the screen. On the couch sits a man whose back is bent, whose face is disfigured, whose head is bowed.  His eyes are open but I can’t tell what he’s looking at. There’s nothing but a wall straight ahead. I wonder what those eyes have seen over the years…

A school group comes in to play games or do puzzles with a few residents. Some of them seem kind and caring, and look happy to be here. Others looked bored. Some shuffle their feet and looked at their phones.

Two ladies are working on a puzzle. They smile and laugh. One begins to sing a song.

I meet with an old saint from my church. His hearing is very poor and I have to yell a lot.  It’s very tiring to have a conversation when you’re yelling. It’s also very awkward to pray together. It feels like I’m shouting at God. Which, come to think of it, might not be the most inappropriate response in the world given the things that some people must endure…

I stop to see my grandmother. She doesn’t recognize me at first because her eyesight is getting poorer. Which makes me sad. She talks excitedly about getting special glasses with a magnifier and a built-in light later in the week. She is hopeful that it would let her read again. We talk about how much we love to read. “It’s so important,” she says. “I want to learn and to understand.” I give her a hug and she gives me some chocolate.

I think about how many Advents and Christmases these dear people in this oft-forgotten place have seen. How many breathless paeans to newness, possibility, salvation, the hope of the Christ child? How many determined rehearsals of the words of the prophets about the one who would come to right all the wrongs? How many times, the familiar carols sung?

I think about the Christ child, whose birth we await. Is this child enough for all the desire and longing, all the sadness and loss of countless lifetimes? Is this child up to the task of meeting the hopes and fears of all the years? Of this year?

I head back to my office and open up one of my Advent readers. Dietrich Bonhoeffer’s words are waiting for me:

A child is placed here at the midpoint of world history—a child born of human beings, a son given by God. That is the mystery of the redemption of the world; everything past and everything future is encompassed here. The infinite mercy of the almighty God comes to us, descends to us in the form of a child, his Son. That this child is born for us, this son is given to us, that this human child and Son of God belongs to me, that I know him, have him, love him, that I am his and he is mine—on this alone my life now depends. A child has our life in his hands.

This child does, indeed, have our life in his hands. All of him for all of us.