Let’s talk about something really controversial: Getting kids to sleep. 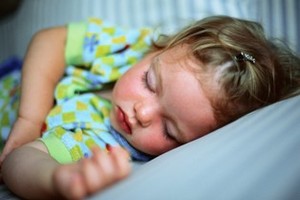 children are perfectly capable of sleeping alone, but just need to be trained to do so, which initially involves crying a lot. Advocates of either position can get really nasty – Attachments think Controllers are mean and horrible, Controllers think Attachments are indulgent and co-dependent.

For our baby, we never went fully attached, but we did begin by gently rocking her to sleep for a few minutes. However, over time, this grew and grew to us singing, patting her, stroking her hair, while also rocking her in five different positions. Each new thing would work for a while until she got used to it, then she’d cry no matter what.

Finally, in desperation, we tried Controlled Crying (she was crying a lot by now anyway), and Controllers promised it would take a week at most to work. Three weeks later, it wasn’t, and we were all emotional wrecks.

Then one night I put her in her cot, and just patted her back for about thirty seconds. Astonishingly, she settled, and fell asleep. This happened again, and again, usually within 5 minutes. For two whole weeks, it was bliss.

But then she started taking longer and longer to get to sleep again. Realising where we were headed, we made a “semi-Controlled” policy: ten minutes of settling her, and if she doesn’t settle, ten minutes of her crying, then ten minutes more of settling. That pretty much always works for her.

This whole process got me wondering what was going on for this little person. After much reflection, I decided it was an intuitive sense of appreciation. Appreciation is that feeling of enjoying what somebody does for you, and expressing that enjoyment to them. Sometimes, people focus on the second part of that (usually with some guilt involved: “You make me feel unappreciated!”). But I think we forget the first part is important too. Our baby wouldn’t go to sleep when she was unappreciative of our patting her back. Once she’d not had the pats for a while, she appreciated them again, and they sent her to sleep. Please note, I’m not saying she should be appreciative to make me or my wife feel good. I’m saying her appreciation of us made her feel good.

We often hear how we’ll be happier if we appreciate what we have. As simple as it sounds, when I choose to be grateful 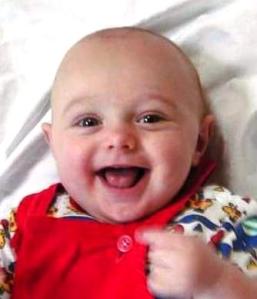 for the life I have, I feel better. When I don’t, and instead focus on what I want but don’t have, I feel miserable. Some of the happiest people in history chose to be utterly poor and yet were also astonishingly exuberant (Francis of Assisi, for example). They simply cultivated the mental habit of appreciation.

This obviously has implications for lots of things – sustainability, depression, consumerism, to name a few. But along with those points, I also suggest appreciation is most powerful when it is not merely had, but given, because that makes it relational. Our baby doesn’t just want pats on her back as she’s going to sleep – she wants our pats, because she senses they are an expression of our love, and that makes her feel nice. A large part of the joy I feel about my country’s wellness, peace and freedom, is because I recognise they are utterly undeserved gifts from a loving divine Father. It’s not just that I should acknowledge God’s grace if He’s really gracious – it’s that I’ll be happier if I do. Francis of Assisi certainly saw life this way, too.

Some might not believe there’s a God giving them everything they have – that’s their choice. But if you do have some tiny sense that He is there, lovingly giving you everything, I invite you to cultivate that sense of recognition. And that invitation isn’t just because you’d be right to think that He is, or that it would be ethically right to appreciate Him. It also will give you that wonderful sensation, appreciation.

Well, I should go – time to put the baby to sleep…