An accident unravelled before my eyes a few weeks ago. As I was walking down a quiet street with a busy intersection, it struck my ears first, which caught the unexpected combined sounds of a screech, thud, and then a weak cry. As I turned, my eyes found a sweet older woman lying in the middle of the street, next to her bicycle, cycle-basket and purse contents strewn across the road. 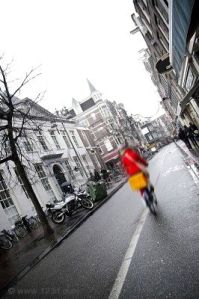 I feared the worst, as most likely did the driver involved, who left his car in a great hurry and knelt at her side. From my distance I couldn’t make out his words, and as nearby people seemed to have the situation well in hand, I continued my walk, unsettled but not wanting to be a voyeur. It turned out that I was going the wrong way (my usual me…), and as I returned 20 minutes later, the road was already clear. To my even greater surprise, I found the driver and cyclist standing on the side of the road, speaking, somewhat tenderly. As I watched, the driver gave the cyclist a gentle hug and they went on their way, apparently none the worse for wear.

I share this experience because the unfolding of it caught me by surprise. My thoughts turned to other accidents that I had witnessed and the aftermath that had ensued. Drivers, victims, or both, shouting at one another, each trying to establish fault by decibels. This incident struck me as so dissonant, precisely because the two involved were gracious and tender towards one another.

In the midst of a letter where he writes about freedom, Paul commends exactly this sort of mutually compassionate interaction. He suggests:

“Let love be genuine; hate what is evil, hold fast to what is good; love one another with mutual affection; outdo one another in showing honor.

Do not repay anyone evil for evil, but take thought for what is noble in the sight of all. If it is possible, so far as it depends on you, live peaceably with all. Beloved, never avenge yourselves, but leave room for the wrath of God; for it is written, “Vengeance is mine, I will repay, says the Lord.” No, “if your enemies are hungry, feed them; if they are

thirsty, give them something to drink; for by doing this you will heap burning coals on their heads.” Do not be overcome by evil, but overcome evil with good.” (Romans 12:9–21 NRSV)

I know nothing about the faith of the two people involved in this accident, but that need not prevent their showing the truly authentic Christian love that Paul is writing about here. An accident has forged friends out of strangers; they not only showed care, but even affection, for one another. The hurt lady, especially, could be enraged by the accident, but, as Paul says, she overcame the evil of the situation with good spirit, and went home smiling instead of grudging, with a story to entertain people at dinner. Very often we write lofty poetry about love, and describes the heights of romantic rapture, but I guess love can be as simple as helping out a stranger, and being kind to those who have been careless and thrown us face down on the road.

One response to “Crumbling Down with Grace”