Donna Simpson has been making headlines over the past few weeks for her goal of becoming the world’s fattest woman. News clips of the morbidly obese woman discussing her goal run like  parodies of similar human interest stories: her partner “supporting” Donna in her run for the record-books and Donna discussing her lack of fear in the face of such a dangerous endeavor, because she

believes “our time is set.” Curiously, Donna’s comments suggest a vaguely religious outlook in which God has planned each individual’s death and the individual’s own actions can do little to alter this inevitable end, an outlook that allows her to face her world-record attempt without fear.

Despite gluttony being one of the “seven deadly sins” of tradition, studies on obesity in America by Purdue University sociologist Ken Ferraro note an uncanny link between Christian faith and obesity, with obesity increasing as people move closer toward Christian fundamentalism. Perhaps because so many Christians are so large, one is hard pressed to find many pastors preaching against the evils of gluttony and resulting obesity. What is more, not only is it socially unacceptable to criticize people for being overweight, such criticisms often fail to take account of the medical and psychological reasons why a person is fat. I would like to think that the lack of Christian outcry about obesity and its causes grows out of a deep love of people and a desire to take account of these root causes. However, given the willingness of many Christians to rail on anyone for being gay or for having an abortion, it seems far more likely that the church’s silence on gluttony is because this sin hits too close to home.

So, why then am I willing to rush headlong into discussing obesity and linking it to the traditional sin of gluttony? After all such a move risks at least

insensitivity, if not outright offense. But I believe we must discuss gluttony as such because, in doing so, we begin to depoliticize the issue of obesity and return food to its proper place within creation.  Through this, we realize that the biblical concept of gluttony is not a prohibition against yet another pleasure of the flesh but an issue of justice and peace that has implications that reach even farther than western countries’ ever-expanding waistlines.

Reflecting on gluttony within a biblical worldview reveals that gluttony is not about having a svelte form but about consuming more than one needs, which always proves to be detrimental to others and the self. Put this way, gluttony is not just about over-eating but about the myriad forms of overconsumption that grip the west, implicating everyone, even the thin. Gluttony―be it energy gluttony, clothes gluttony, technology gluttony, food gluttony, debt gluttony―is ultimately a justice issue. Whether it is the farm-worker who supplies cheap food, the sweatshop teenager who makes cheap clothes, or the Mexican peasant who can’t afford corn because the prices are inflated due to the biofuel market, in a finite world of finite resources, when one person consumes more than he needs, it is quite likely that someone else doesn’t get enough, or that someone else is abused in the process of fulfilling the rapacious appetites of another. Frequently, the image of the glutton is combined with the drunkard, suggesting the person whose consumption denigrates themselves while risking violence to others.

As bleak and condemnatory as this biblical image of the glutton sounds, I believe it is be liberating because the biblical solution to gluttony isn’t to be found in strict-diets, calorie-counting and exercise regimes, or even in turning off the lights, buying energy-efficient light bulbs and thrift store clothes. Such solutions will, at best, eliminate some of the forms or appearance of gluttony but not restore a right-relationship between the individual and the created 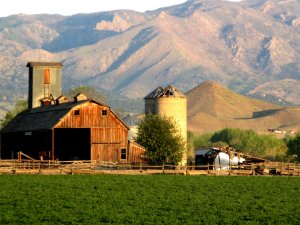 world. As American farmer Wendell Berry puts it, “…we cannot live harmlessly, or strictly at our own expense; we depend upon other creatures and survive by their deaths. To live, we must daily break the body and shed the blood of Creation. When we do this knowingly, lovingly, skillfully, reverently, it is a sacrament. When we do it ignorantly, greedily, clumsily, destructively, it is a desecration. In such desecration we condemn ourselves to spiritual and moral loneliness, and others to want.”[1]  Thus, the biblical response to gluttony involves learning to see the finite, created world as a gift to be consumed lovingly―it is a vision of consumption with restraint growing out of respect for the people and processes that go into producing a fresh loaf of bread, a bunch of grapes, or a glass of wine.