Charles Dickens’ Great Expectations details the maturation of Pip, a young man specially selected by an unknown benefactor to become a “gentleman.”  It is easy to read the tale as a rags-to-riches story, with Pip moving from his apprenticeship to his brother-in-law, Joe the blacksmith, to the high-life of London, complete with expensive dinners, private clubs, and days filled with nothing but leisure. Pip’s assumes that Miss Havisham—the crazy, rich, old 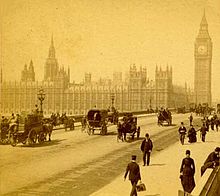 woman in his town—has chosen to patronize him with the plan that he marry the beautiful, distant Estella, her ward and Pip’s childhood companion. However, Pip’s expectations are dashed when he discovers that his benefactor is really a convict and that Miss Havisham’s plans for Pip or anyone else were never kind. Despite the disappointment and a number of narrative complications, in the end Pip eventually develops a life in London and far away from the blacksmith’s forge, placing him solidly among the middle or even upper-middle class.

However, there is another, more troubling narrative at work that invites a different reading. Joe, Pip’s brother-in-law, is really a surrogate father to Pip and the deep love between them is quite clear… except that Pip seems to always intended to be good to Joe, to visit Joe, to thank Joe, to tell Joe that he loves him but Pip never actually gets around to doing these things. Pip is actually quite embarrassed by Joe’s lack of formal education and poor, country manners. In this, it is a modern prodigal son story—the son just wants to get away from home and, when he is given a chance, he goes without looking back, rejecting the man who had cared for him through his childhood, who has been his friend, his confidant, and his comforter. In fact, when Pip is back in his home village, he stays in a hotel without going to visit Joe.

Granted, Dickens’ tale is toned-down version of the the parble of Prodigal Son. However, in some ways, Pip is more insidiously unkind to Joe than the traditional Prodigal Son. Rather than the son eventually returning home repentant, Pip never returns to humbly confess his arrogance to Joe. In fact, rather than Pip seeking Joe out, Joe leaves the forge for London to

nurse Pip through the sickness and through his recovery—even though Pip secretly feels that he is too good for Joe and his unrefined ways.

Eventually, Pip does confess his shabby treatment of Joe and Joe says all is forgiven but the relationship is never as intimate as it once was. The narrative’s closing note of displacement reflects the particularly modern outlook of the novel, suggesting that after the relational breech of Pip’s embarrassment regarding Joe, after the high-living in London, after Pip’s shame regarding his benefactor, there is no going back. One might learn, grow, and regret the past, but we all move on and there is no restoration or renewal, only the sham of a family or the sham of a romance.

Amid our modern expectations of a great fall into knowledge, shame, regret, and ultimately personal growth, Jesus parable of the Prodigal Son offers a frightening hope. Like Pip, the original Prodigal Son’s maturation and resulting repentance lead him to return to his father. However, unlike Pip, the Prodigal is not permitted to repent in the context of a dispassionate conversation. Nor is the Prodigal allowed to move-on relationally, remembering his old father with a distanced, fond affection and a bit of lingering sadness for the irreparable breach.

The Prodigal is not permitted these emotional escapes because the Father in Jesus’ parable is very different from the good, kind Joe. The Father rushes out to his son on the road, stops the son’s confession before it really begins, hugs him close and declares cause for a celebration. The breech is repaired by the Father’s overwhelming love for the Prodigal. But the Prodigal is also exposed, his failing known by all, even though the Father chooses to forgive them.

Pip, on the other hand, is able to hide his repeated betrayals of Joe: confessing privately and 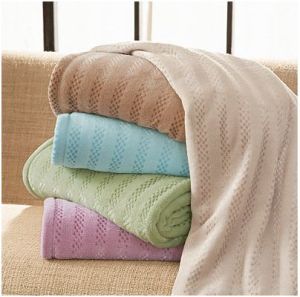 receiving Joe’s forgiveness privately, Pip’s identity as a private, self-sufficient individual is left intact. Yet, unlike the Prodigal, there is still no place for Pip, no home or family to claim and to be claimed by.

The frightening thing about the Prodigal Son is that it depicts the hope of restoration and renewal that God offers each of us. There is no escape after a measured confession into a polite, albeit distant, relationship. God welcomes each of us to himself with an exuberant love that will not permit us to hide. Instead, God sees our deepest betrayals and suffocates them in an embrace.