Marilyn Monroe had a disturbing dream in 1955. She recollects in fragmented sentences how her psychoanalyst and her acting teacher had her in an operation room, and started to open her up like surgeons. “They cut me open … and 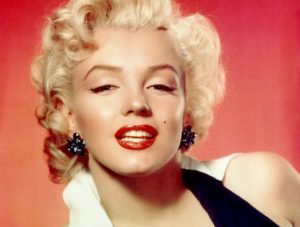 there is absolutely nothing there – Strasberg is deeply disappointed but even more – academically amazed that he had made such a mistake. He thought there was going to be so much – more than he had ever dreamed possible in almost anyone but instead there was absolutely nothing – devoid of every human living feeling thing – the only thing that came out was so finely cut sawdust – like out of a ragged ann doll.” To Marilyn, the conclusion her psychoanalyst reached in the dream was obvious: “The patient (pupil – or student – I started to write) existing of complete emptiness.”[1]

One can only guess how many expressions of appreciation we need to hear before we believe in our own worth. A hundred? A thousand? Three or four a day? Who knows. Yet no matter how much people affirm us – Marilyn Monroe surely had as many fans as anybody else – there is always the lingering doubt that people have not yet known us truly. If only they could see all my facets, we reason, the admiration would crumble like sand. If only they could see past the smiles, giggles, waving of skirts and of hair, and could see inside her, feared Marilyn, they would discover a raggedy ann doll. Despite all captivating appearances, the source of information about who we really

are, the solid truth about our worth, the verdict of appreciation of someone who has seen all our mysteries and depths, is to be found elsewhere. We appreciate the nice compliments along the way, yet we long for a true judge’s voice.

Our contemporary hunger for truth eats us alive. With all the talk about postmodernity and its denial of truth, my hunch is that we long for truth more than we have ever done before. We crave stories which are, above everything, truthful: stories which portray the world as it is, which do not shy away from complexity, which present torn, nuanced characters, which reveal our inner motives, which end up truthful to its plot and to the world, even if it is not a happy ending. In a world of fabricated images, of always upbeat tweets and Facebook updates, we want to cut through the layers of artificiality to the bare truth about ourselves and about the world.

The million-dollar question, then, is this: where are we to find truth? Who is to say – definitively, with our total assent, with that shared atmosphere of finality – who are we? Some say truth is to be found inside ourselves, after much

probing, and with the probable help of a psychoanalyst. Others say after long journeys, after years in different countries, after visits to many gurus and bestsellers. Still others defend that such ultimate truth is not to be found – against the very hunger of our hearts – and is instead just a social construction.

My conviction, however, is that, though we learn good truths by journeying inward and outward, our grand truth arrives only with a definitive encounter: only when we meet our Creator. Like a good nuanced climax, we both fear and desire this encounter. But only after we lay ourselves bare before God, only after the ultimate existential step is taken, will we be washed by truth and clarity and confidence and grace. Only after meeting our Creator will the universe make sense, and also our place in it. As Jesus put it, “You will know the truth, and the truth will set you free.”[2]