The world awaits the unveiling of a new princess. The much-expected wedding between prince William and Kate Middleton will be celebrated today, with all the pomp and glory of a royal family and a modern fairy tale story. For 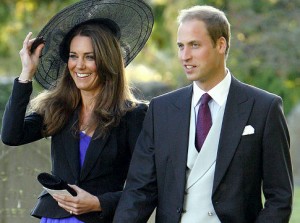 months magazines have been covering the details of their ceremony, and millions of viewers are expected to follow the wedding live. The glory and luxury of the feast seem irresistible. There are castles, crowns, thrones in play; there is a British tradition that dates back for centuries. In a world secularized of almost all enchantment, the event that forges an actual princess draws us with a seductive pull, and something alive only in fairy tales takes place in reality. The future king has chosen his princess, and the whole kingdom will be there to watch.

Not only the enchantment, but a whole pull of identification also attracts us to this royal wedding. We enjoy the splendour vicariously as if we were getting married ourselves, at least in our own minds. We too want to sit on the throne and woo the kingdom with our magnanimous hand, noble as King Arthur and brave as Richard the Lionheart. We too want to wear a luminous white dress and see all women envy our ascension. We would love to have our romantic kiss stamped in magazines and to set the ideal for a generation of Barbies and Disney movies.

But I guess there is a deeper reason we look up to grand weddings and royals ceremonies like this: one day we too will be a glorious bride. In an enigmatic but captivating metaphor, Scripture tells us that Jesus is preparing a royal feast, and that one day he will receive his bride, the church, as his own, and place a crown of jewels on her head. As the new creation unfolds in the end of Revelation, a voice mighty like the roar of many waters cries out, “Let us rejoice and exult and give him the glory, for the marriage of the Lamb has come, and his Bride has made herself ready; it was granted her to clothe herself with fine linen, bright and pure.”[1] It is a beautiful image, even if talk about being a bride makes guys like me cringe a bit – we prefer more macho metaphors like the building of a new city or victory over evil.

But what makes this grand wedding still more entrancing is the dubious origin of the bride. Kate Middleton may be a

“commoner,” not somebody from the traditional aristocratic circles for princesses. But Jesus’ bride goes even further: she does not resemble a princess nor is she the fairest of all. The Bible compares God’s people instead to a prostitute, who rejects her groom and opens herself to all kinds of other gods, heavy on lipstick and available to whoever arrives with attraction. The church is feeble, unstable and prone to other loves. Yet one day it will be “bright and pure,” not because of its noble birth, but because of its extraordinary husband: a king who lowers himself and conquers the freedom and faithfulness of his bride; a savior who wears a crown of thorns so one day his people can wear a crown of emerald and jasper; a God who identified with our sin and lowliness so that one day we can identify with his purity and nobility; a husband full of seeking, persistent love, who waits patiently for our arrival and prepares a banquet before the whole of creation, and who erects a new city where we can – now with words that are finally true – live happily ever after.