In the 2011 film Limitless, Eddie Morra is a down on his luck author struggling with writer’s block, unmet deadlines, losing his girlfriend, and a generally miserable life.  He is virtually at rock bottom when he encounters an old acquaintance that makes him aware of an experimental drug called NZT-48, which supposedly allows humans to access 100% of the brain’s power, as opposed to 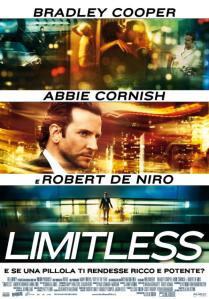 the usual 20%.  Morra is initially skeptical, but, considering things can’t really get much worse for him, he takes the pill.

Much to his surprise, it works!  Morra is instantly able to achieve a focus and intensity that would have been previously unimaginable.  He finishes the book he had been struggling with for months in four days.  He is instantly able to solve problems and to see possibilities with unprecedented accuracy.  He uses his newfound (or spectacularly enhanced!) abilities to reinvent himself as rich, powerful, and all that he ever wanted to be.  He becomes, in short, a kind of superhuman who is able to do anything and everything well.

Peter Singer and Agata Sagan recently explored similar ideas in a New York Times piece called “Are We Ready for a ‘Morality’ Pill?”  If all human decision-making is reducible to chemical combinations in the brain, then why shouldn’t we just tweak the chemistry a bit here and there to produce more moral people?  Or, undertake a massive overhaul if necessary?   We already do this with antidepressants and other drugs, after all.  Why not with morality?  It would certainly solve a lot of problems, after all.  Who cares if we have to medicate people into behaving themselves if the end result is good?

Whether we are thinking about pills to give us superhuman abilities, as in Limitless, or pills to make us moral, as in Singer and Sagan’s article, questions about the nature and extent of human 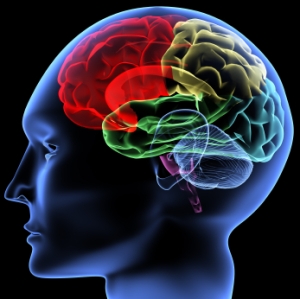 freedom instantly come into view.  Is human freedom real or just a pleasant illusion that we like to perpetuate?  If we are popping pills to manipulate our brains into doing what we want, is it still us that is acting?  In what sense?  Have we crossed some kind of a line when the good things that we want in life come via a chemical alteration of our brain states?  We intuitively feel like our freedom has somehow been violated, but why?

These are difficult questions, to be sure.  The lines are fuzzy and not easy to discern.  But however we resolve these questions, from a biblical perspective it is clear that human beings are more than just brain chemistry.  We are created by God to freely reflect God’s image (or not).  Meaningful human freedom is presupposed on virtually every page of Scripture.  From Joshua’s “Choose this day whom you will serve” (Joshua 24:15) to Jesus’ “Who do you say that I am?” (Mark 8:29), the exhortation (implicit or explicit) to choose where our allegiance lies, resounds throughout the biblical narrative.

While human freedom obviously depends upon and is exercised through brain chemistry, it cannot be reduced to this alone.  This does not do justice to our experience of freedom, our experience of moral striving, our experience of hard-won changes in our life, of skills and capacities deliberately cultivated and disciplined.  Most of us, if we are honest, think that if something is worth having it is worth pursuing and striving for.  If the kind of freedom that gives our lives meaning and accomplishment is an illusion, it is an illusion of the most necessary kind—an illusion we cannot live without.

And yet, ironically enough, the Bible also describes the kind of flourishing we seek as something that comes apart from endless human striving (moral or otherwise). In Jeremiah 31:33-34, the prophet says this to a group of weary exiles who are well acquainted with the fruits of poorly exercised freedom:

“This is the covenant I will make with the house of Israel
after that time,” declares the LORD.
“I will put my law in their minds
and write it on their hearts.
I will be their God,
and they will be my people.
No longer will they teach their neighbors,
or say to one another, ‘Know the LORD,’
because they will all know me,
from the least of them to the greatest,”
declares the LORD.
“For I will forgive their wickedness
and will remember their sins no more.”

I will put my law in their minds and write it on their hearts.  Human flourishing is, ultimately, a gift of God.  It is a gift, however, that is given in concert with our own desires and efforts to align our desires and aspirations with what is good and right and true.  It is a gift that is given to those who seek to know God, who acknowledge their need of God, and who receive God’s gift of forgiveness.  It is, fundamentally, a gift that comes not via a pill but a relationship with our Creator.

One response to “Flourishing in a Pill”