Raise your hand if you’ve ever seen Mary Poppins.

Now, raise your hand if you’ve ever noticed its not-so-subtle critique of patriarchy. 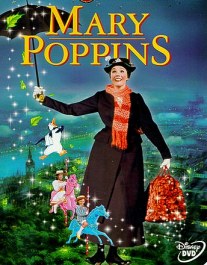 viewing with my daughter. I think it is classically stated in Winifred Banks’ (the mom) song on women’s suffrage: “Though we adore men individually, we agree that as a group they’re rather stupid.” I love this. And, quite honestly, I’m not sure I can argue (though I’m not sure I would say that I adore men, even on an individual basis).

Throughout the movie, the father, George, is portrayed as obtuse to the real values in life and is regularly manipulated by Mary Poppins in the interest of his children. Later, when Jane and Michael (the children) visit the bank with their father, the movie takes aim at capitalism as it is made clear that the capitalist enterprise is less valuable than feeding birds. Amen? (I’m not a huge ornithophile.)

A wise man (who I imagine would rather not be dragged into this blog post by name) told me once that anyone who has a daughter ought to be a feminist. Well, I have a daughter.

Now, feminism comes in all shapes and sizes, as do feminists. Some are militantly against what they consider phallocentric (or phallocratic) structures and thought patterns and certainly this has its place from time to time. Others are genuinely mad at men, some for very good reasons. Still others offer critiques, from gentle to stringent, aimed at unsettling a self-assured patriarchy in order to allow the voices of women to be heard as equals. Being a man myself, and not a self-hating one, I think I fit in the last category.

I want to be an advocate for my daughter. I want to fight for a world in which she is allowed the same freedom of self-definition and the same capacity to follow her dreams as a man has. [1] I don’t want her to be treated as a sexual object by over-sexed men who are incapable of seeing her as a person. I want her to be able to function as an equal member of society whose views matter. Who wouldn’t want these things for their child? Therefore, since I want that for my daughter, I must also want that for every daughter…and every woman is someone’s daughter. 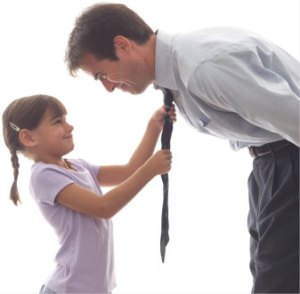 Sadly, I think that Christianity has been far too slow to jump on the feminist bandwagon. (Of course, since some of the earliest advocates of women took aim at the church, I can understand a little bit of reticence, even if I wish it had happened differently.) Even on the most patriarchal reading of the Bible, my desires on behalf of my daughter can only be justified, not controverted. [2] Women and men are created in God’s image: “And then God created humanity (ha-adam) in his image, in the image of God he created them (otam), male and female he created them (otam)”[3] For Paul, Christians “are all children of God though faith” where “there is no longer Jew or Greek, slave or free-person, male or female.” [4]  This is not meant to eliminate differences, people are still women and men, but, as part of the “new creation,” we are equals before God. [5]

This should lead Christians to be enthusiastic supporters of women, fighting for them when they are treated as less than men. Unfortunately, this is not always the case. So, I just want to say that I’m sorry to all the women who have been suppressed rather than supported by Christians. And, to every Winifred Banks out there, I’d like to march with you.

[1] Of course, the contemporary obsession with absolute freedom to do whatever we want has its own problems and that is not what I am aiming at.

[2] I don’t think that a strongly patriarchal reading of the Bible as a whole is in fact the best one, but I don’t have nearly enough time argue the point. So, go read The Blue Parakeet by Scot McKnight and Finally Feminist by John Stackhouse. Sure, they’re not the final word, but they’re a good start.

14 responses to “On Mary Poppins and Feminism”