In a recent book, Vieni Via con Me, Italian author Roberto Saviano points out a phenomenon which takes place in many of our contemporary societies: the mud machine.[1] Whenever someone dares to criticize those in power – not only political power, but also those who control social discourse, the media, and base institutions – or provides a significant obstacle to their interests, dirty facts about that person are dug up and rendered public.

A photo of someone sitting on the toilet is enough to demoralize the critic’s credibility, even if we all sit on it every day. (I confess I am writing these words from this very throne, though, I hasten to add, it’s just because I don’t want to awaken my wife and child late at night, and the bathroom is the only quiet place…) When the critic seeks to make serious pronouncements, his image will be damaged and everybody will giggle inside, remembering the unfortunate picture and its tasteful combination of white ceramic, pants under the knee, and newspaper.

Saviano argues that the mud machine is not only prejudicial to democracy, by intimidating possible criticism and opposition, but it has also a more subtle effect; it disfigures the psychology of the society. Its message is: “you are no better than us, you are also dirty. There are no better people. So don’t you dare criticize us.” It is a message that brings people to the same level, by throwing everybody to the floor, face in the mud. We are encouraged not to fly high, for someday someone may release a fact that will pop the balloon and throw its remains on the mud, and show that we are not better than anybody else. It is a communion of mediocrity, a shadow on the pursuit of excellence, a disincentive toward virtue.

As I read Saviano’s analysis, I could not help but think of its parallel in the spiritual path. We all know the personal equivalent of this social mechanism, 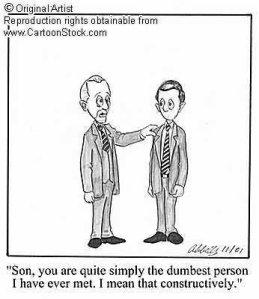 our own personalized mud machine. “You will yield to temptation eventually, so don’t even try resisting. Actually, don’t even try being better than you are. You belong to the mud, and like a good worm, enjoy it well. Make it your home. You will never transcend it.” Some people try to psychologize this voice and call it negative self-image. Self-help gurus call it lack of positive thinking. The Christian faith, however, uses a stronger term – strong as an unbearable medicine – and names the person behind the voice, as the devil.

The devil may sound like superstition, a Medieval stereotype too cartoonish to be real. And yet, we hear him. Don’t we? And one of his very strategies is to hide his presence and to get us to disbelieve his existence, because, if we don’t see where the mud comes from, it arrives as hard as rock, and we believe that mud is all there is to life.

C. S. Lewis illustrated the devil’s strategy in his brilliant The Screwtape Letters, where a senior demon provides advice to a young novice on the art of tempting humans. In one of the letters, Screwtape writes, “I do not think you will have much difficulty to keep the patient in the dark. The fact that ‘devils’ are predominantly comic figures in the modern imagination will help you. If any faint suspicion of your existence begins to arise in his mind, suggest to him a picture of something in red tights, and persuade him that

Maybe one of the crucial steps to spiritual sanity is the realization that the devil exists, just like one of the steps to social consciousness is awareness of mechanisms like the mud machine. We know we are seeing better if the light illuminates the darkness; we know the light is reaching us if the darkness is exposed and we can see beyond it. Noticing the devil may be one of the healthiest, and strangest, things to do – he will be full of subterfuges, and will throw the Medieval cartoon at us and “don’t you listen to that crap” kind of argument – but we won’t see beyond him until we face him, and see that muddy face melt when the light shines bright.