Is a postscript to Lolita, a defensive Vladimir Nabokov responds to criticisms leveled at his novel about a man who seduces a 12-year-old girl. He distinguishes his novel from pornographic literature. He explains why publishers did not want to take the book in America, and did so only after its success in Paris. He asserts that the novel

is no defence or critique of perverts, of the American setting where it is located, nor a disclosure of some of his own personal experiences.

Anyhow, the interesting assertion that emerges from those tortured pages is about the nature of art and literature. For Nabokov, good art is pure art, that is, art which takes no interest in truth or a point of view. A good book of fiction is a story that entertains, and nothing else. “For me a work of fiction exists only insofar as it affords me what I shall bluntly call aesthetic bliss, that is a sense of being somehow, somewhere, connected with other states of being where art (curiosity, tenderness, kindness, ecstasy) is the norm.” To defend this ideal, Nabokov is merciless to any kind of literature which attempts the communication of some moral or message: “all the rest is either topical trash or what some call the Literature of Ideas, which very often is topical trash in huge blocks of plaster…”[1] Nabokov’s assertion here is similar to that of Nietzsche, who defends, in his Will to Power, “the reduction of morality to aesthetics,” and who exclaims “Art and nothing else!”[2]

Nabokov is certainly right about the aesthetic and transformative power of works of fiction. When we enter a story and experience it through the eyes of its characters, we are capable of envisioning the world anew, and we grow in our ability to empathize with other people and points of view. Our minds and hearts are enriched, and we understand better our own experiences in light of someone else’s story.

Yet to affirm that literature should never attempt to communicate any kind of truth, lest it be topical trash, is to assert that there is no meaningful truth to be conveyed. If our most elaborate pieces of art – the shiniest gems of emotion and 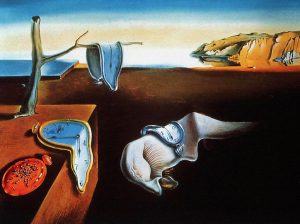 beauty we can produce – shy away from incarnating a message, even at some instances, it is because at bottom we believe there is nothing worth communicating. We may well be indifferent to the stories of men preying on girls, or to the pornographic literature Nabokov promptly dismisses.

But I think there is a deeper reason why Nabokov is in the wrong here: the stories which afford us the highest levels of aesthetic bliss, the plots and characters which move us deeply, are precisely the stories which interconnect with reality and which convey incarnated truth. They are the stories which, though talking about matters countless, acknowledge the architecture of benevolence of our universe, the frameworks of good, evil and shady greys which battle for our hearts, the countless moments of courage we need to face the truth about ourselves. They are the stories which, if we may use biblical language, acknowledge that ours is no ordinary history, no loose succession of events, for our universe has been penetrated, once Truth became flesh, and dwelt among us, and after that – though we enjoy romantic endings, dreams achieved, and tensions relieved – no story can move us like the story of the Author entering our plot to give his life for the bliss of his people.

3 responses to “Does Art Speak?”