I’d like to take this time to draw all of your attention to a tragedy that happens every day right before our eyes: verbicide, “the murder of a word.”[1] Each day, thousands of words are cut down thoughtlessly in a number of ways.

Inflation is one of the commonest; those who taught us to say 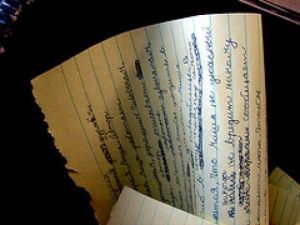 awfully for ‘very’, tremendous for ‘great’, sadism for ‘cruelty’, and unthinkable for ‘undesirable’ were verbicides.… But the greatest cause of verbicide is the fact that most people are obviously far more anxious to express their approval and disapproval of things than to describe them.”[2]

To Lewis’ list of verbicides, today we could add the whole i.m.-dialect (brb, lol, wtf), which is in my opinion the death of the English language. However, the most poignant point is, I think, the one about approval and disapproval.

My wife recently heard a man tell a story in which he got into a discussion with someone over what a family is. Our protagonist remarked, “It quickly became clear that we did not see eye to eye on the matter.” He went on to claim that he supported what he saw as the bible’s definition of a “family” as “a husband and wife and their children.” I think it is good that my wife didn’t have any heavy objects to hand or his story might have ended more abruptly.

Why the ire, you ask? Perhaps it’s partially hormones…she is eight months pregnant, after all. But I think the dominant cause for her anger is the fact that such a definition is deliberately exclusive, and as such, potentially harmful to those who do not fit this man’s “family mold.”

In the first place, that simply is not the definition of a family anywhere in the Bible. In fact, if someone can find a definition of “family” in the Bible, they’ll win a prize. (Not really. I’m not giving out prizes.) Furthermore, such a definition of family is patently inaccurate. If that man were (God forbid) to die in a car wreck, leaving his wife as a single mother, surely he would not hesitate to call them a family. Or, what if he and his wife both passed away and his children went to live with their grandparents or an aunt or uncle? What would they be if not a family? How does such a narrow definition relate his wife to his parents or him to his in-laws? Are they not family? How do adopted children fit into this scenario? What if a single parent adopts a child? His definition is certainly not the operable definition with which most people work on a daily basis. At least, I don’t think so. All this and we haven’t even considered this from the angle of non-western cultures without the myopic focus on the nuclear family.

To explain such an obviously deficient definition, we would do well to turn to Lewis again.

“The phenomenon ceases to be puzzling only when we realize that it is a tactical definition. The pretty word [in our case, family] has to be narrowed ad hoc so as to exclude something he dislikes.” [3]

When a person bothers to define a common word,

“The fact that they define it at all is itself a ground for scepticism. Unless we are writing a dictionary, or a text-book of some technical subject, we define our words only because we are in some measure departing from their real current sense, otherwise there would be no purpose in doing so.”[4]

Interestingly, although he considered himself a defender of ‘the Bible’s

definition of family’, this man’s definition also excludes Jesus and his “family.” According to the New Testament Gospels, Jesus was born to an unwed, teenage girl and entrusted to the care of a man with no blood relation at all. I think that’s a bit ironic.

In close, I simply want to say that we, from whatever walk of life we may come, need to be very careful in the way that we define our words. Defining words to show approval and disapproval does not aid in effective communication (in any sense of the word) and, further, can have consequences far beyond what we intend. As Lewis, again, said, “We cannot stop the verbicides. The most we can do is not to imitate them.” [5]

12 responses to “A tale of murder and woe…or something”