Easter is coming … which brings Harry Potter to mind!

I’m serious. Let me explain. Just as publishers and movie studios seek new voices to repeat the series’ Hagrid-sized success, reviewers and literary critics have tried in recent years to pinpoint what elements made J. K. Rowling’s writing so compelling. The tried-and-true boarding school genre? The charm of a parallel universe and magic spells? A classic good vs. evil plot? 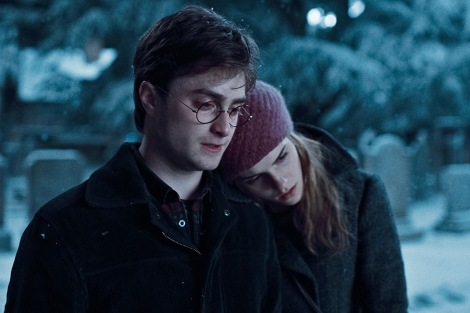 There isn’t just one secret element to explain Rowling’s magic wand… sorry, pen, of course. A series that sells more than 400 million copies will have numerous and complex merits. But one element that stood out to me in a recent review is structural composition and the use of themes in the novels.

John Granger, author of How Harry Cast his Spell, revealed in an article a curious structure followed by Rowling in all Potter books: chiasmus, or ring composition. Like The Chronicles of Narnia’s The Lion, the Witch and the Wardrobe, the first Potter book has 17 chapters, the story reaches its center in chapter 9, and chapters on each side of the middle mirror the corresponding chapter on the other side. As Granger explains,

The Potter series and each novel have beginnings and ends that meet up. They have “centers” that both return to the question raised in the beginning and answer that question in the end. And, each book and each chapter has its mirrored image or “reverse echo” in the book or chapter on the opposite side of the story divide. [1]

This kind of parallel, mirrored structure allows readers to experience not only closure, but also a sense of progression and character development. As Christopher Hitchens pointed out in his New York Times review of the last Potter book, “the ancient charm of metamorphosis is one that J. K. Rowling has exploited to the uttermost.”[2] 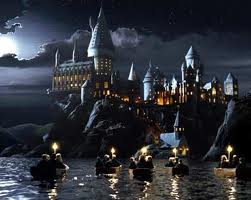 But then, curiously, there is one key experience Harry undergoes in each of the books: after a near death experience, Harry is somewhat resurrected back to life. As Grangers points out, “Seven years in a row, Harry dies a near death and “rises from the dead” in the presence of or as a symbol of Christ. Our hearts recognize, resonate with, and thrill to Harry’s annual death to self and resurrection.”[3] Harry repeatedly sacrifices himself for the wellbeing of his friends and Hogwarts, and is restored back to life. Does this pattern remind you of someone?

What is striking to me is that the theme of sacrifice and resurrection is echoed not only in Harry Potter novels, but in many of the most popular recent novels and movies. In the end of Matrix, for instance, the hero Neo dies with arms stretched wide, and his death saves the world, while Neo comes back to life. In The Lord of the Rings, Gandalf the grey sacrifices himself to save the band of friends, and just as he falls with a monster into the abyss, he is purified, and returns to meet Frodo and the others as Gandalf the white. Granger notices that in three other recent fiction series, Stephenie Meyer’s Twilight, Suzanne Collins’s Hunger Games, and Patrick Ness’s Chaos Walking, “each of these books’ heroes, too, has resurrection experiences after a sacrificial death.”[4] 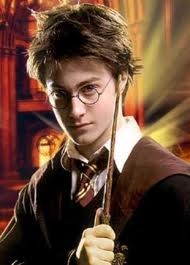 popular stories? Why does each of these versatile writers feel compelled to re-enact these themes? My hunch is that because each of these writers – consciously or unconsciously – gravitates back to the climax of history: the moment when Jesus offered himself to save humankind and came back from the grave. As members of the human story, these writers echo in chiasmus the middle point of our human plot. The nucleus of our universal drama echoes back to us; the crux of the metamorphosis of humankind – when one gave himself to save the many – is repeated anew in Hogwarts, vampire stories or apocalyptic battles against machines. To give us real closure to the soul, the best of our heroes can only imitate our definitive Hero, and remind us to look beyond each of their stories to the history of us all.