The scene that launches Victor Hugo’s classic, Les Misérables, tells the story of a man called Jean Valjean. Jean is arrested for stealing a loaf of bread and ends up staying 19 years in prison: 5 years for the bread, the rest for trying to escape. He finally leaves prison feeling dejected, and has to carry a yellow passport that identifies him as a condemned man, even though he has already served his sentence. No inn accepts Jean once they see his passport. He is forced to sleep on the streets, which makes him even more bitter. This goes on until the town’s bishop hosts him with a dinner, a bath and a bed. 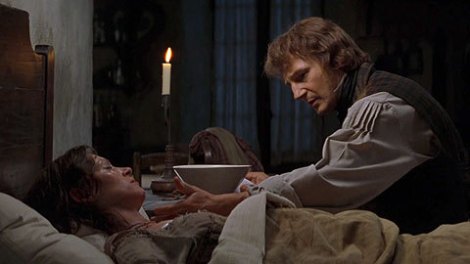 Half-way through the night, Jean wakes up, steals the bishop’s silverware, and runs away. Soon the police catches him, and he is taken to the bishop to return what was stolen. When the bishop sees the police, sees Jean, and sees all that silverware, he declares that those items were in fact a gift he had given Jean, and that Jean had forgotten the two candlesticks, the most expensive items. The bishop then “remembers” Jean of the promise he had made, to sell the silverware and use the money to become an honest man. From then on Jean is a new person: he becomes an honest factory owner, then the city’s mayor, and adopts a poor girl and raises her. What years of condemnation had not carried out a single act of grace accomplishes: Jean is a restored man.

Curiously, our moments of most profound transformation do not take place when someone points the finger, informs us of our shortcomings, and exhorts us to change. As we all know, this only hardens us. But when someone accepts us, and we see that we are welcomed as we are, as if the load of guilt on our shoulders was removed, we paradoxically change. “Grace,” according to the former archbishop of Canterbury Rowan Williams, “is a transformation that depends in large part on knowing yourself to be seen in a certain way: as significant, as wanted.”[1] When we sense the atmosphere of
grace, and a new chance to be ourselves, we receive fresh kind of motivation. In thankfulness for the generosity received, we embrace this new me, in the image and likeness of the one who encountered and redeemed us.

As we start out 2016, looking around to see the direction this new period will take, it is not our yellow passport which will motivate us to change. Our record in years past will harden and embitter us. What will renew us is to notice that we are seen in a certain way, as significant, as wanted; that God welcomes us with dinner, a bath and a bed; that he offers also the candlesticks when we are caught with the silverware. That sight is enough to remember us who we are to become, and from now on our past will not be dominated by the yellow passport. We have received a new past, one prevailing memory over all others. Whenever we remember God’s graceful glance, and how much we mean to him, we take one step ahead, then another, and unwrap the gift of life anew.

2 responses to “A New Past”