In my own small corner of the Blogosphere, I keep bumping up against this book called Hillbilly Elegy. Its subtitle, A Memoir of a Family and Culture in Crisis, hints at why it’s been popular during this season of political and social anxiety in the States. Perhaps you’ve heard of it, or even read it by now, but if you haven’t, I’m glad I get a first stab at introducing what will likely be an important book on American culture for years to come. 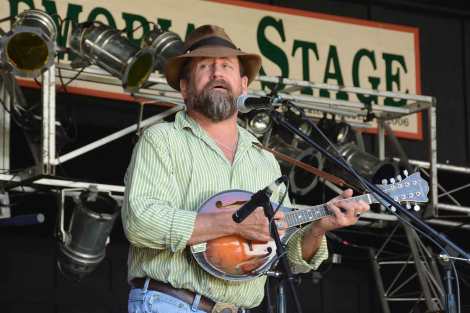 The book’s author, J.D. Vance, has received a lot of attention for telling his remarkable story of growing up in impoverished coal country in the Eastern part of Kentucky in the Appalachian Mountains, or what Vance simply calls “the holler,” and eventually graduating from Yale Law School. It’s an improbable story of social mobility for sure, and as many recognize, Vance’s elegy of the hillbilly showcases the cultural divides that exist here in the States. There are many ways to frame these divides: Republican vs. Democrat, Religious vs. Secular, White vs. Black, Male vs. Female, Rich vs. Poor, etc. Right now, the current political cycle plays off these divisions daily, sometimes exaggerating and sometimes exacerbating the tension between opposing groups.

What makes Vance’s story so fascinating, though, is not that he climbs out of abject poverty to join the ranks of elite Yale Law School grads. In this, after all, Vance basically retells the story of the American Dream, a rags-to-riches story that includes a raw cast of characters: an absentee father, a drug-addicted mother, crazy loving hillbilly grandparents and relatives, hardworking and dedicated Marines, and eventually, influential and caring professors from Ohio State and Yale Law. While these colorful characters make for a great story, what makes this work more remarkable is Vance’s exceptional display of empathy to the groups he meets along his journey. His hillbilly grandparents are from an entirely different social world than his Yale Law classmates, but Vance writes with charity and appreciation for both, and rarely do any of us see the world from the multiple vantage points that Vance lives out.

It is perhaps no coincidence, then, that Vance also shares in the later chapters of the book that after all his vastly different life experiences, including extremely difficult ones with his own drug-addicted mother, he begins to reconsider the importance of faith both from a personal standpoint and as a collective cure for an ailing culture. Reflecting on his change of heart in his late twenties, Vance writes, “I’d sworn to myself that I’d never help Mom again, but the person who made that oath to himself had changed. I was exploring, however uneasily, the Christian faith that I had discarded years earlier. I had learned, for the first time, the extent of Mom’s childhood emotional wounds. And I had realized that those wounds never truly heal, even for me. So when I discovered that Mom was in dire straits, I didn’t mutter insults under my breath and hang up the phone on her. I offered to help her.” (237).

In this passage, Vance doesn’t really get into the details of his newfound Christian identity, but we do see that faith plays an integral role in helping him forgive his drug-addicted mother, who at one point earlier in life literally tried to kill him in a fit of rage. This measure of empathy and forgiveness is not just a handy tool that Vance uses to get out of an emotional jam. No, from Vance’s humble perspective, and without commending himself as a role model for others, this type of empathetic, forgiving spirit is what’s required if our culture is to overcome the divisions that plague us.

The blueprint for this type of redemption, I think, is modeled in the life of Jesus. Like many of the characters described in Hillbilly Elegy, Jesus also grew up in a backwater part of the world, a place where the elites and the powerful mocked as insignificant, just as some today describe parts of America as “flyover” country where the hillbillies live. Even so, the story of Jesus is even more remarkable and challenging because in many ways it runs in the opposite direction of the American Dream. As the doctrine of the Incarnation has it, Jesus leaves his seat of power and glory to become one of us. Not your typical rags-to-riches ascension story, Jesus descends lower than any of us could ever imagine, first taking up residence in a barnyard stable and later dying on a cross in a state of extreme pain and humiliation.

We don’t need degrees from Yale Law to see the significance of this event. In fact, as Vance reflects on his upbringing, he credits his hillbilly grandmother for teaching him this message. In his own words,

The theology she taught was unsophisticated, but it provided a message I needed to hear. To coast through life was to squander my God-given talent, so I had to work hard. I had to take care of my family because Christian duty demanded it. I needed to forgive, not just for my mother’s sake but for my own. I should never despair, for God had a plan. (86)

In a country and world as divided as ours, there’s much wisdom with this hillbilly theology.