One of the most sensational news stories of 2016 has been the rise of fake news. It’s hard to pinpoint exactly where the media fascination in fake news began, but at least in the United States, the heightened coverage of fake news ran in sync with the tense presidential election and its frenzied aftermath. 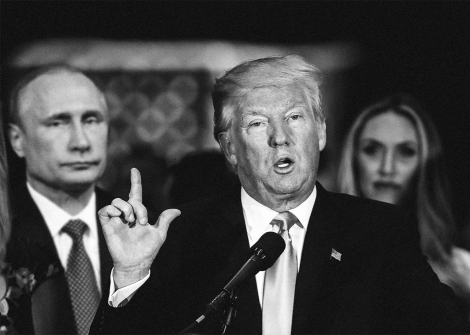 While some reports circulated on Facebook and Twitter that Pope Francis had endorsed Donald Trump for president, other websites nurtured a conspiracy theory later dubbed “Pizzagate,” which culminated when a 28-year old armed citizen named Edgar Welch was arrested for firing shots inside a Washington D.C. pizzeria. Though no one was injured, Welch entered the restaurant with an assault rifle, intent on investigating for himself whether the Democratic Party was tied to an organized human trafficking ring.

It wasn’t, fortunately, but this doesn’t absolve even mainstream media outlets from their biases or mistakes either. Just one day before the presidential election, The New York Times projected a landslide 84% chance of victory for Hillary Clinton, prompting its publisher, Arthur O. Sulzberger, Jr., to issue a veiled apology to its massive readership a couple days later. “We believe,” Sulzberger emailed on November 11th, that “we reported on both candidates fairly during the presidential campaign. You can rely on The New York Times to bring the same fairness, the same level of scrutiny, the same independence to our coverage of the new president and his team.”

Can we though? It’s not just the NY Times that’s facing a crisis of trust. As a Gallup survey recently discovered, trust in the media has sunk to a new low, with only 32% of Americans saying they have a “great deal” or even “fair amount” of trust in the media.[1]

These events raise some important questions: In an age of fake news and discredited mainstream journalism, how do we know whom to trust? How do we distinguish between good news that’s trustworthy and fake news that isn’t?

While the perpetuation of fake news and diminished trust in the media are certainly problematic, I find it reassuring to consider that these concerns aren’t entirely new either. Surely, Facebook and Twitter make it possible to amplify fake news with greater scope and speed, but scholars have seen the writing on the wall for some time. Writing in 1979, the French philosopher Jean François-Lyotard claimed that “incredulity toward metanarratives” was the defining mark of our postmodern era.[2]

Though new media technologies may exacerbate the problem, the postmodern suspicion of truth claims stretches back much further, surfacing occasionally in places like Nietzsche’s Beyond Good and Evil, Machiavelli’s The Prince, and even Pontius Pilate’s retort to Jesus in John’s Gospel: “What is truth?” (John 18:38)

For their own part in all this, Christians don’t need to be so worried about postmodernism,[3] for the truth of the Good News does not require legitimation by some independent, non-partisan, scientifically-minded modern journalist. If that were the case, as Lyotard and his postmodern brethren discovered, very little (if anything) could ever pass as true because all news and bits of text and the journalists behind them are in reality part of larger narratives incapable of external validation.

In other words, all the fuss about fake news today is possibly just a sign of our commitment to the Enlightenment, Modernity, or some hidden political agenda, rather than the Good News of the Bible. Since what we write depends on where we sit, Christians can in good faith acknowledge that they are always limited in what they can know, even as they strive to distinguish between true and fake news and maintain a faith that seeks greater understanding. By holding up the Good News as the text that best makes sense of reality, promotes human flourishing, and values stewardship of creation, Christians can play some part in all this. And that, I think, is good news, too.