I recently got to be the keynote speaker for Saints and Scholars on the importance of literature for the church. As part of that, I found myself contemplating the story of the Good Samaritan…or rather what comes just before the Good Samaritan. The brief exchange between a Lawyer and Jesus that prompts the famous parable suggests that God not only approves of the imagination, he knows it is essential to living ethically. 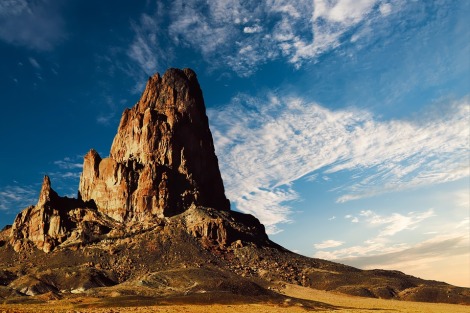 Here’s how the passage begins…

One day, when Jesus was teaching, a lawyer stood up to test him.

“Teacher,” the lawyer asked, “what must I do to inherit eternal life?”

Jesus replied (like a good teacher) with a question: “What does the Law say? How do you read it?”

As an English Professor, that might be my favorite question in the entire Bible.

When Jesus asks the Lawyer about his reading of the Law, he is talking about everything from the 10 Commandments to dietary laws. But “the Law” in Judaism was and is not simply the legal code. What we translate as “the Law” in English is the Torah, the first 5 books of Moses: Genesis, Exodus, Leviticus, Numbers, and Deuteronomy.

The Lawyer’s responds to Jesus’ question with the expected answer—one of the central verses in Judaism: “Love the Lord your God with all your heart, soul, mind, and strength. And love your neighbor as yourself.” Since the Lawyer gave the expected answer, it’s no wonder Jesus’ response is somewhat lack-luster: “You have answered correctly,” Jesus replied. “Do this and you will live.”

But the story doesn’t end here. Luke’s gospel says the Lawyer wants to justify himself, so he asks, “Who is my neighbor?”

When I was younger, I assumed this meant the Lawyer wanted to justify his lack of love for others by limiting the sphere of those he loved to only those people he liked. And I still think that is at least partly true. But, the more I sit with this passage, the more I think that he also wants to justify his original question about how to inherit eternal life.

The Lawyer knew what the story was about—he’d read it and knew all the accepted, agreed upon answers. But, maybe because he knew all the answers, the story had somehow lost its power. The story of God and his people had ceased to shape his imagination and teach him how to live well in the world. So, while the Lawyer knew that his orthodox answer was correct, the fact he asked the question belies his imaginative death.

Jesus answers this imaginative death with the only fitting remedy, the only thing that might re-enliven a tired imagination: a new story.

This new story, the parable of the Good Samaritan, upended wrong-headed readings of the Law that excluded people based on family, vocation, and race. At the same time, Jesus’ new story re-inscribed—it wrote again—the story of justice, compassion, and mercy that characterizes God throughout the Hebrew Bible and that characterizes the calling of God’s people throughout the ages. Jesus’ new story reframed the Lawyer’s self-justification, his desire to look smart, and his desire to exclude others, by turning his question around on itself. Rather than define who qualifies as “neighbor,” this new story reminds us that it is not about who gets our love but about who we get to love.