There’s a hallelujah for pretty much everything: a point, a moment, when one’s observation or participation in a thing calls forth praise to God. Most of the time we miss it. The coffee is rushed, the music heard but not listened to, the spouse greeted but not contemplated, the sky, sun, moon and stars barely noticed. Yet we are surrounded by stuff to make the spirit soar. 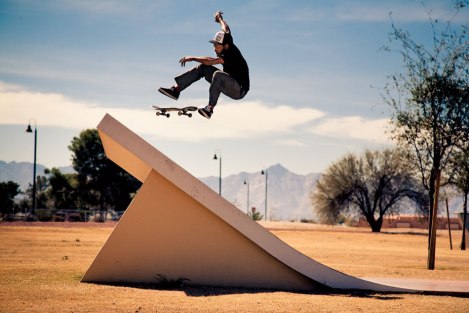 My spirit soared a couple of weeks ago in Bishops Park, Fulham. I was on an average day out with the kids. We had cycled, somewhat stressfully, down from home. The sun shone, the children played, I got involved and then I sat down. Near where I sat, two brilliant young men practised tricks on their skateboards. I can’t tell you what they were doing as I don’t know the terminology, but let’s just say it was captivating. And when one of them executed to perfection a trick he’d clearly been working on for some time – something aerial, something involving 360⁰ – it called forth Hallelujah.

For me, it’s the best word for the ‘wow’ impulse, that feeling of joy, glory and wonder when a person or thing enacts or embodies the very good for which they were created. The bee buzzes, the hummingbird hovers, and sometimes, after years of relentless practice and dedication to the craft, a skateboard leaps and a man sails through the air. Both the body and the board seemed to me to be fruits of the imagination and inspiration of the Creator. As such, they call forth praise. If not, then at least a moment’s entertainment. But I like to think there’s more to skateboarding than this.

I’ve experienced some majestic Hallelujahs in my time: singing choral concerts in places like St Mark’s Venice and other European landmarks in my teens, reaching the summit of Sca Fell as the sun went down, the birth of at least two of my children (the third being a moment I swore never to be repeated). Why Hallelujah? Because that’s what the soul cries when something maxes its created goodness. “Praise the Lord.”

Everything has its hallelujah. And if I see that skateboard again, I might just say it aloud.