Imagine you’re sitting around the dinner table over the holidays and someone in your family says, “Why do you spend all this time studying religion? Religion is all about faith, and reason is all about facts.” How would you respond? Would you agree? 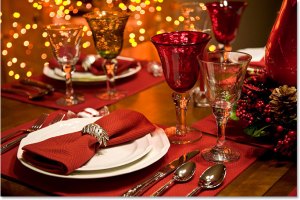 The idea that faith and reason don’t mix well has been around at least since the Enlightenment. Today, many people continue to hold on to this idea, either seeing the two as entirely incompatible or emphasizing one to the neglect of the other. Faith, it seems, involves the heart, our emotions, and believing things without sufficient evidence, whereas reason involves our head, pure rationality, and believing cold, hard facts.

Despite these assumptions, I’d argue that faith and reason can have a much more harmonious relationship than is generally thought. Even though faith often has religious connotations, it is not exclusively a religious term. People act on faith all the time during the course of their daily lives. If they didn’t, think of all the bewildering, paralyzing questions one would have to ask before doing anything. How do I know that the food I’m about to eat is not poisoned? Should I have it tested it in a lab first? And how do I know someone won’t rob me while I’m sleeping? Should I stay awake all night and keep watch over my things just in case? In all these cases, some degree of faith must be enacted to achieve the desired end of eating or sleeping, and such actions are perfectly justified every day around the world for many, many people.

For Christians through the centuries, faith and reason have worked in much the same way. Take Justin Martyr, for example.  Born around 100 AD, Justin was a first-rate philosopher who was mostly unimpressed by his Stoic, Aristotelian, and Pythagorean colleagues. Martyr converted to Christianity because he felt

that its reasons had more explanatory power than any of its rivals and then set out to show that faith made the most sense.[1] In the Catholic tradition, one need look no further than St. Thomas Aquinas, whose massive Summa Theologica set out to demonstrate in a systematic fashion the compatibility of faith and reason. In our own time, take a look at the works of Notre Dame’s preeminent analytical philosopher Alvin Plantinga, Oxford’s former scientist-theologian Alister McGrath, or Wondering Fair’s very own John Stackhouse.

What you’ll find, I suspect, is that these thinkers and many Christians like them see reason and faith as copartners in the search for Truth. Faith is not pitted against knowledge; it is a condition for it. By acting faithfully we learn more about the reality we experience, and in the process let us make sure we have good reasons for acting in faith. And so, as the prophet Isaiah wrote long ago, “Come now, and let us reason together, says the Lord.”[2]

5 responses to “Faith and Reason”