One of the most common complaints about Christianity is that it is merely a pile of rules. These rules are sometimes ones about what you should do (ie, 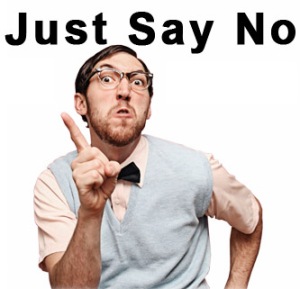 “read your Bible”), but more often are about what you shouldn’t do (“do not have sex… well, maybe a little after you get married… but don’t enjoy it…”). This criticism – which emerges out of many people’s experience – upsets us because these rules seem to be primarily there to exert power over people, and to steal away some of their fun.

Now, I could rail against this in a whole host of ways. Or I could also suggest that many of the rules that Christians live by are there to protect people from the un-fun consequences of a false kind of fun. And that would be true, at least for some of them. But I think there’s a better answer:

Of course, I recognise that there are some – if not many – people claiming to be Christian, who most certainly do seem to follow rules. One option from that, then, is that those people are not really Christians. And, sometimes, I suggest they are not. But, sometimes (and I’d like to think most of the time) Christians are actually keeping the rules, not following them. That might seem like semantics, but it makes all the difference.

Following is a walking metaphor. It is about letting something determine where you go, letting it rule and direct you. That “something” that you’re following can be a person, or perhaps a goal. If you’re following a person – perhaps a king, or a master, or a teacher – they tell you (or show you) where you need to be going in order to follow them, and out of that emerge your 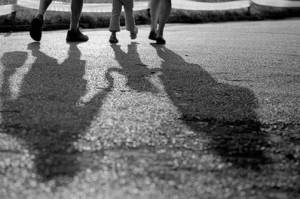 Christians believe that Jesus is the King, the Master, the Teacher – and I might suggest they believe that for good reasons. And Jesus said, “Follow Me”, quite a lot. When asked what following Him would look like, Jesus boiled it down to two directions: “Love God. Love other people.” He also showed what following Him would look like, by loving God passionately, and loving people sacrificially. And then He said again, “Follow Me.” The specific examples that He either taught (ie, “don’t lie”) or did (ie, healing somebody), emerge out of loving God, and loving other people.

Practically, what difference does this make today? Well, a good example is from World War II Germany. Those who just kept the rules and forgot Who they were following, said, “Jesus said not to lie, so when the Nazis ask us where the Jews are hiding, we have to tell them the truth.” The real followers said, “Jesus said following Him was about loving God and loving other people. So when a bunch of guys want to kill some people, we’ll lie to keep those people alive.

So Jesus isn’t asking you to follow a system, a belief, a mantra, or a set of rules. He’s saying the same thing He’s always said: