Once upon a time, there was a village at the foot of the mountain. Many years before, people  settled there. It seemed a nice enough spot. Its soil was rather dull and grey, and didn’t grow very much – just enough to live off, with the occasional red or blue flower popping through. The one really beautiful thing 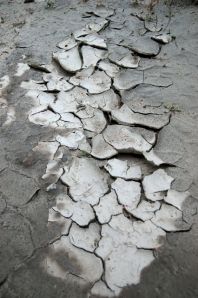 in the village was the River that flowed from the Mountain: bright, blue water, with playful ripples singing their way through the town. The song of those ripples invited the villagers to come and listen. And every now and then, they would. As they approached, they’d hear that the song was an even greater invitation: “Climb the Mountain of Truth… Climb the Mountain of Truth…” Its cool, clear water told the villagers about the Mountain: that its snows were clean and rich; that its silt could bring life to the hard grey soil, and that from its peak the sun shone that much brighter.

Now, there were three types of villagers, responding to that song.

The first were the Relativists. They looked at the Mountain, and though it was very beautiful, all they saw was how difficult it was to climb. It seemed to get too steep, too fast. It was far too much hard work. In fact, it could be dangerous to climb. Who knew what was hiding up there? Perhaps there were answers to questions nobody wanted answered, answers that would even make the River’s songs become a falsehood. Of course, that might not be the case – everything the River said might be proven true – but that was too much of a risk for the Relativists. Over time, they told themselves that the mountain was not only difficult to climb, but impossible. It was better to stay. So they settled in the village. 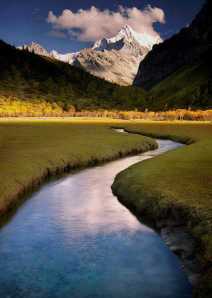 The second were the Absolutists. They heard the River’s song of the Mountain – its beauty, its vitality – loud and clear. But whereas others heard it as an invitation to climb the Mountain of Truth, the Absolutists claimed it was the truth itself. The River had told them all they were required to know – indeed, it was not so much that they didn’t need to know more, it was simply that there was nothing more to know. All had been revealed in the River’s song. The Mountain was simply the source of the River, and by its banks all the secrets of the Mountain were there to see. There was no need to climb, to discover. So they settled in the village.

Unsurprisingly, the Relativists and the Absolutists didn’t like each other very much. The Absolutists felt the Relativists were lazy, cowardly, and irresponsible, only using the River’s pulsating truth when it suited them. And the Relativists despised the arrogance of the Absolutists, who insisted that they already knew all the secrets of the Mountain. It was patently obvious that the Mountain had so much more to reveal, even if they couldn’t discover it. The point was, nobody could discover it, whether Relativist or Absolutist! The Absolutists’ pretence that they had found all the answers, just because they’d listened intently to the River’s mumblings, seemed to be lazy, cowardly, and irresponsible, too. The Relativists felt that everybody was scared of the Mountain, but at least they were brave enough to admit it. So these two types of settlers stayed in the village, bickering away.

But there was one last group, the Explorers. They knew the Relativists were

partly right, and that climbing the Mountain was risky. So what compelled them to take those steps, scrape their knees, twist their ankles, and become dizzy with the vertigo? Simply this: they knew that the Absolutists were wrong, and that the Mountain had far more to offer. Scraping by on the grey soil’s fruits left the Explorers hungry, and drinking from the River only made them thirsty for more. They could no longer settle with settling.

And so, they began to climb.