Let me start with a confession: I’m an unapologetic cat-lover. For several years two Norwegian forest cats (Sam and Luna) were part of our family. We deeply enjoyed their company, but this enjoyment always existed under something of a shadow: both had genetic heart conditions that led eventually to their 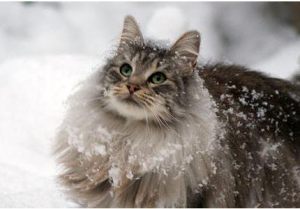 In the time since then, living without feline companionship, I’ve found myself reflecting on their “personhood,” if I may use this term. There are plenty of (in)famous accounts of animals that are reductive; among these Descartes suggested that they couldn’t feel pain. In contrast, I found that Sam and Luna each had unique personalities:  one cat was a morning “person,” the other wasn’t. They could be cheerful or cranky. They enjoyed play and humor and when we lost Luna, Sam visibly grieved her absence for his remaining months. Far from the machines that Descartes imagined animals to be, these two displayed an astonishing range of uniqueness.

I was recently reminded of a sermon by John Wesley when he reflects on the place of animals in the kingdom to come:

The whole brute creation will then, undoubtedly, be restored, not only to the vigour, strength, and swiftness which they had at their creation, but to a far higher degree of each than they ever enjoyed. They will be restored, not only to that measure of understanding which they had in paradise, but to a degree of it as much higher than that, as the understanding of an elephant is beyond that of a worm. And whatever affections they had in the garden of God, will be restored with vast increase; being exalted and refined in a manner which we ourselves are not now able to comprehend.[1]

Wesley isn’t alone in his conviction that God’s redemptive activity includes not only humans, but also a broad range of what he first created – George MacDonald and C.S. Lewis suggest similar things – and his sermon doesn’t arise out of mere sentimentality. John Wesley was, as Thomas Jay Oord puts it, “a theologian deeply interested in science,” who “kept abreast of the scientific developments of his day by reading the works of leading scientists and philosophers.” [2] Having beheld the intricate interrelation of all the various creatures in God’s creation, a new creation that consisted only of humans seemed unnecessary and nonsensical to Wesley; it would not account both the witness of the created order and that of Christian scripture. As Denis Edwards observes, there are a number of passages in the bible which include non-human creatures in the final state, including Revelation 5:13-14, which 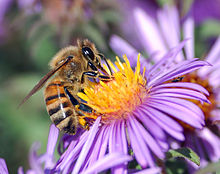 contains “a remarkable vision of all the creatures of Earth united in a great song of praise of the lamb, the symbol of the crucified and risen Christ.” [3]

I realise that my suggestion here opens up a huge variety of challenging questions. What about people who are allergic to cats, and who imagine heaven without them? Where would God possibly fit all the insects that have come and gone since the creation of the earth? Yet I think that the kingdom to come is better regarded as an object of hope and wonder than one which we can anticipate in too-concrete ways. I for one, look with hope not only to meet my grandpa again, but also to an expansive vision of the new creation, filled with lions, lambs and bugs alike.

One response to “How Much Redemption?”