While reviewing a new book for a religion journal, I recently came across a term unfamiliar to me: reflexive spirituality. Coined by the sociologist Wade Clark Roof, the term appears in Kelly Besecke’s You Can’t Put God in a Box: Thoughtful Spirituality in a Rational Age (Oxford UP, 2014). Besecke uses the term to describe the spiritual thoughts of an emerging group of people who often identify themselves as “spiritual, but not religious.” 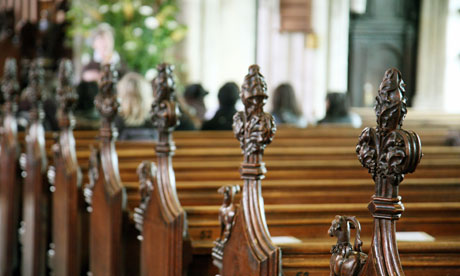 A lot of press has been given to the “spiritual but not religious” (or SBNRs for short) lately.  Much of this attention began with the Pew Forum’s 2012 report which showed those who report they are religiously unaffiliated (or “Nones” for short), amount to 1/5 of the public in the United States and 1/3 of all Americans under the age of 30.[1] Aside from the clunky monikers and social science data, whether you live in North America or not, the religious landscape is changing, and new groups like the Nones and their subgroup of SBNRs are worthy of our attention. In fact, as The New York Times reported last month, American SBNRs now outnumber atheists, Jews, Muslims, and Episcopalians. [2]

So what is reflexive spirituality, and who are the SBNRs that keep gracing our newspapers’ religious headlines? Besecke argues in her book that reflexive spirituality is a key feature of those who label themselves SBNR because it captures their presumed ability to think critically about their belief system and “reflect on it objectively.”[3] She defines reflexive spirituality as “a thoughtful, deliberate, open approach to cultivating religious meaning… [which involves] reflecting on my own spiritual perspective in light of other possible spiritual perspectives.”[4] The benefit of this pluralist approach, Besecke contends, is that it avoids the exclusivity of traditional religious views on the one hand and crass secular materialism on the other.

One could certainly question the validity of Besecke’s spectrum, but what interests me more is the SBNR eschewal of dogma. If by dogma we mean a set of religious truths that are believed to be absolutely true and laid down by an authority like the church, then one of the presumed benefits of reflexive spirituality is that it avoids these fetters. Using their own rationality, SBNRs consider themselves free to choose from all religions in the vast spiritual marketplace of modernity. For example, when Besecke writes, “Reflexivity offers freedom—a release from the dictates of dogma,” there is clearly a directed suspicion of dogma, religious tradition, and its links to ecclesiastical authorities of any kind.

The problem with this position is that it is impossible to be completely free of dogma. My SBNR neighbors may think they have eschewed dogma for freedom and exclusivism for pluralism, but in reality they have only created a new set of dogmatic, exclusive truths for themselves. The minute one says, “All religions are true,” he or she is in effect saying, “Those exclusive religious traditions are false,” and “My pluralist reflexive spirituality is the best way to think of religion in the modern world.”In this sense, SBNRs become their own popes and pastors as they choose among the arguments formulated by a different set of religious thinkers such as Ralph Waldo Emerson, William James, Wilfred Cantwell Smith, Joseph Campbell, John Shelby Spong, and many others who have adopted the SBNR approach.

In the end, the aim of dogma is not to latch oneself to a sinking ship. Despite the negative connotations it may have endured, dogma is meant to define and clarify what a group of people believe so that they can work to achieve specific ends better. By offering clarity, rightfully construed dogmatic truths promote greater freedom to live out those ends in more creative, imaginative ways. There is no benefit in thinking that we can or should live in a dogma-less world, for all of us have to privilege some beliefs over others and deal with the fact that not everything can be empirically verified or remain provisional for eternity. For SBNRs and the rest of us, then, getting away from all dogma is impossible. We should ask ourselves instead, “What’s our dogma going to be?”