In 2001 the rock band U2 released ‘All That You Can’t Leave Behind’. The album won 7 Grammy Awards and was voted number 139 on Rolling Stone magazine’s list of ‘The 500 Greatest Albums of All Time’.[1] One of the album’s songs is called ‘Grace’. Its last few lines are surely appealing:

Of course U2 vocalist, Bono, was not the first to sing about grace. Perhaps the most well-known song on this theme was written in the 18th century by an Englishman, John Newton. A slave trader for many years, Newton then renounced the profession, according to him, due to a profound experience with God. Reflecting on his life’s trajectory he composed ‘Amazing Grace’.

As far as we know, Jesus of Nazareth didn’t write a song about grace. Nevertheless, he told a story that is probably one of the most impressive illustrations of what grace means:

“There was once a man who had two sons. The younger said to his father, “Father, I want right now what’s coming to me.” So the father divided the property between them. It wasn’t long before the younger son packed his bags and left for a distant country. There, undisciplined and dissipated, he wasted everything he had. After he had gone through all his money, there was a bad famine all through that country and he began to hurt. He signed on with a citizen there who assigned him to his fields to slop the pigs. He was so hungry he would have eaten the corncobs in the pig slop, but no one would give him any. That brought him to his senses. He said, “All those farmhands working for my father sit down to three meals a day, and here I am starving to death. I’m going back to my father. I’ll say to him, Father, I’ve sinned against God, I’ve sinned before you; I don’t deserve to be called your son. Take me on as a hired hand.” He got right up and went home to his father. When he was still a long way off, his father saw him. His heart pounding, he ran out, embraced him, and kissed him. The son started his speech: “Father, I’ve sinned against God, I’ve sinned before you; I don’t deserve to be called your son ever again.” But the father wasn’t listening. He was calling to the servants, “Quick. Bring a clean set of clothes and dress him. Put the family ring on his finger and sandals on his feet. Then get a grain-fed heifer and roast it. We’re going to feast! We’re going to have a wonderful time! My son is here—given up for dead and now alive! Given up for lost and now found!” And they began to have a wonderful time.”[2] 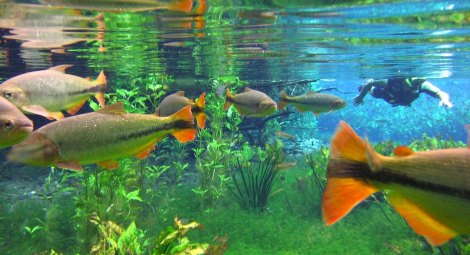 Jesus is clear to portray who the story’s characters represent. The father is a picture of God while the sons are a picture of humanity. Jesus’ teaching, and definitely also his life, demonstrates that God has literally run towards humanity, is willing to forgive it all and genuinely desires to reconnect us to himself. In other words, grace is at the centre of existence. It is no surprise that John Newton, U2 and so many others have decided to sing about it.