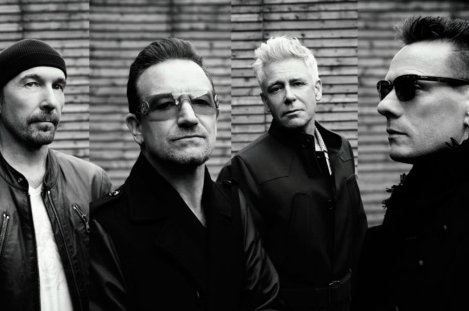 Many people were angry that the album appeared in their iTunes library without their permission. They didn’t know how to delete it and they didn’t want it there. They felt some basic right to choose, to decide for themselves whether or not they wanted the album had been violated. Rapper Tyler, The Creator said it was like “waking up with … herpes….I didn’t ask for you, I’m mad” [sic].

The vitriolic response against U2 fascinates me because of what it reveals about our mass culture’s paradoxical attitudes about the right to choose and benevolence. While everyone gets spam, no one takes it very personally. No one I know is offended by it. At most, we are occasionally annoyed when some of it gets past a spam filter. But the intrusion of unwanted music into an iTunes account is tantamount to an imposition of an alternate identity upon the self. An iTunes library reveals more than a person’s taste in music; it contains an individual’s history, relationships, geography. It is a record of the ideas and melodies that have shaped the individual self up to any given moment. To have an unsought album appear is to be grafted into the community of people who like that music. As such, it threatens to potentially reshape the self. It threatens to create an alternate identity.

When people encounter the Christian idea of grace—the idea that God will rescue people from death through the death and resurrection of Jesus Christ without the individual doing anything—they are frequently offended. Some are offended that God offers this redemption as a gift; he brings believers into the community of faith at no cost to the believer. Many, however, are offended that God doesn’t simply save everyone. It is unloving, they argue, to allow people to reject such salvation and go to their own death. If God were truly loving, he’d save everyone. He’d graft everyone into the community of those who belong to him regardless of their own desires.

U2 is a far cry from divine salvation but the response to both reveals the paradoxical demands modern identity places upon God. Our basis for identity, for selfhood, is no longer the Cartesian “I think, therefore I am” but “I choose, therefore I am.” When someone infringes upon our right to choose our own identity—in music or in faith—we get indignant. We will not accept an identity-changing gift if it is bestowed upon us. And yet, we fault God for not bestowing salvation upon everyone. If God were to automatically incorporate all humanity into the community of his people, binding them to his service and worship, we would say he is tyrannical…and if he does not, we say he is not truly compassionate.

What sort of God do we want? A compassionate dictator or a deity with so much respect for the self he is willing to let some—perhaps many—suffer death and destruction? The Bible provides few clear answers, except to affirm both God’s compassion and his unwillingness to force himself upon people. The Christian faith teaches that he literally went to hell and back to prove his love and to secure salvation for all of creation. Whether bestowed or chosen, redemption is ready and the price has been paid. The real question is, are you ready to listen to the unsought song?

[i] The album was not actually “free.” Apple paid for the album, agreeing to distribute it to everyone. This fact reinforces the fascinating alignment between Songs of Innocence’s release and divine grace.