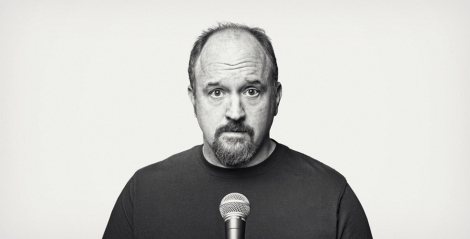 And yet despite these many differences, I think that thoughtful agnostics and Christians often raise similar questions. For me, this is particularly apparent today in the humor of comedian Louis C.K., who is by far the most theologically curious comedian to grace the stage in recent years. Louis C.K., for those unfamiliar, is an avowed agnostic who frequently injects irreverent humor about God, the universe, meaning, and morality into his standup routines. In addition to having a successful standup career and his own television show, Louis C.K. hosted Saturday Night Live earlier this year.

Look at some of the things he said in his opening monologue:

I’m not religious. I don’t know if there’s a God. That’s all I can say, honestly, is “I don’t know.” Some people think that they know that there isn’t. That’s a weird thing to think you can know. “Yeah, there’s no God.” Are you sure? “Yeah, no, there’s no God.” How do you know? “Cause I didn’t see Him.” There’s a vast universe! You can see for about 100 yards — when there’s not a building in the way. How could you possibly… Did you look everywhere? Did you look in the downstairs bathroom? Where did you look so far? “No, I didn’t see Him yet.” I haven’t seen 12 Years a Slave yet; it doesn’t mean it doesn’t exist.[1]

Here, in the span of about a minute, the agnostic Louis C.K. delivers some clever blows to the confident atheist. How can you be sure there’s no God? Have you searched every nook and cranny of our universe?

These types of existential questions resemble those of a different former skeptic: C.S. Lewis. At one point in his life an adamant atheist, Lewis began to ask the kinds of questions that Louis C.K. occasionally entertains. Here’s an account of Lewis’ incipient conversion:

My argument against God was that the universe seemed so cruel and unjust. Just how had I got this idea of just and unjust? A man does not call a line crooked unless he has some idea of a straight line. What was I comparing this universe with when I called it unjust? … Thus in the very act of trying to prove that God did not exist—in other words, that the whole of reality was senseless—I found I was forced to assume that one part of reality—namely my idea of justice—was full of sense. Consequently atheism turns out to be too simple.  If the whole universe has no meaning, we should never have found out that it has no meaning.[2]

Whatever differences C.S. Lewis and Louis C.K. may have between them (and these differences are sure to be vast), one can appreciate the importance that both place on God’s existence. If God exists and Christianity is true, it changes everything. If not, then that also has serious implications for whatever time we have left on this lonely planet.

All this makes me wonder just what Lewis and Louis might talk about were they to sit down and have a nice, long chat. My best guess is that there’d be genuinely important, life-and-death kinds of questions amid bellowing laughter, occasionally coarse humor, and a not a few pints of ale. Just the way it should be.