Every week hundreds of thousands of people around the world get together in small groups where they seek help, guidance, and mutual support in dealing with a vast variety of human problems. Though they’re not in a church, many of the people in these groups recognize that they can’t overcome life’s temptations on their own steam, so they rely on a close-knit community of fellow members and often pray or plea to some Higher Power to help them defeat temptations. 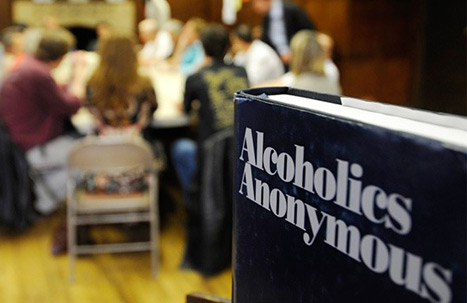 For decades now, the addiction-recovery movement has steadily gained momentum and attracted members to their ranks. The first and most notable among these groups, Alcoholics Anonymous (AA), has recently estimated that they have over 2,000,000 members worldwide and over 115,000 groups,[i] but other derivative groups have sprung up from AA and now address addictions ranging from overeating and anger management to Facebook and sex addiction. The ascension and popularity of addiction-recovery movements most certainly speaks to their effectiveness in treating many patients who may, if left to their own devices and desires, be living out self-destructive behaviors. But what’s more interesting, at least to me, is that even though alcohol and other sources of vice are pretty much as old as human history, the addiction-recovery movement is less than 100 years old. What explains this apparent time gap? Why now?

To explain some of these cultural and institutional changes, I think it’s helpful to pay attention to the metaphors and concepts that best capture the spirit of our times. Theologically speaking, one of the major changes that has taken place is the substitution of the doctrine of original sin for the doctrine of addiction. Today, many balk at the idea that we’re all sinners. To our modern ears, to call someone out for their sins seems excessively harsh, judgmental, and politically incorrect. But to label another person an addict is akin to saying they’re sick, victims of some unfortunate biological turn of events, and in need of help.

Tracking these historical changes, theologian Linda Mercadante explains that AA and other recovery groups emerged in the 1930s, the same period when the temperance movement failed and local churches decided they were no longer equipped to handle the complex psychological and physiological problems associated with addiction.[ii] In fact, many of the founders of AA, including Bill Wilson himself, were previously members of an evangelical association known as the Oxford Group. Ironically, however, the Oxford Group’s insistence that sin could be completely overcome led some of its members to establish a more focused, more realistic approach to their particular problems with alcohol. Over time, Wilson and other charter members of AA established a doctrine of addiction that, according to Mercadante, “springs out of, replicates, replaces, and challenges” the doctrine of sin.[iii]

These cultural and theological transitions explain much of what is currently going on in and outside of our churches. In the North American context, the share of the Christian population has decreased significantly while those who claim no affiliation or are “spiritual but not religious” has continued to grow.[iv] Is it merely a coincidence, then, that as AA and other addiction recovery groups attract more members, the number of those who claim, along with AA’s basic teachings, to be “spiritual but not religious” is growing as well?

I will leave it for pastors and committed Wondering Fair readers to decide the merits (and demerits) of the doctrines of sin and conversion, addiction and recovery. At the very least, this is a topic for another post. But in the meantime, we should all be aware of the changing landscape. For centuries it was customary to say we’re all sinners and in need of conversion. There was a general recognition that religions were different and that we should worship the one true God. But today we’re more likely to say that we’re all addicts in need of recovery and that it doesn’t matter who or what you worship as long as you worship something. While it’s true that we all worship something, that something matters a lot. And similarly, whether we consider ourselves sinners and converts or recovering addicts, our understanding of ourselves says something about who we are and who or what we worship.