Desmond Tutu has a little children’s book called God’s Dream.[1] In soft pastel paintings of kids from all nations, we discover that God dreams about people sharing and caring, “that we reach out and hold one another’s hands and play one another’s games and laugh with one another’s hearts.” Yeah, right. Tell that to victims in the Soweto riots or Sharpeville massacres: “Sure, the big boys were a bit rough, but brush it off, accept their apology, and play together as good kids should.” 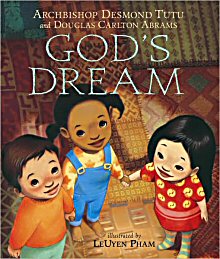 What are we to make of such objections? Did Mandela take a wrong turn in appointing Tutu to chair the “Truth and Reconciliation Commission” (TRC)?

The TRC, you may remember, was established in 1995 to investigate politically and racially motivated human rights abuses during apartheid. It sought to restore victims’ dignity through recompense and rehabilitation, and grant amnesty on a case by case basis to any person—whether black or white, to avoid “victor’s justice”—who confessed the full extent of their atrocities. This had to be done within a grace period, after which point the full weight of the law would fall on the head of the impenitent.

Was the TRC warm-hearted but soft-minded; the kind of fairy-tale we tell our kids but ignore as adults?

I think not. As Tutu once said, “Children are a wonderful gift.  They have an extraordinary capacity to see into the heart of things and to expose sham and humbug for what they are.” Cold, retributive justice may be one such sham, as both the African and Biblical understanding is “far more restorative—not so much to punish as to redress or restore a balance that has been knocked askew.”[2] But if we reject the icy logic of retribution, what hope have we of reaching final restoration? How can we not slip into weak sentimentality and passivity before evil? Tutu, I suspect, would see truth and grace as South Africa’s two feet on the long walk to reconciliation.

First, truth. Tutu experienced apartheid. He knew first hand that “God does not force us to be friends or to love one another. … Dear child of God, it does happen that we get angry and hurt one another. Then we feel sad and very alone.  Sometimes we cry, and God cries with us.”[3] Reconciliation is never at the expense of truth. We don’t move forward 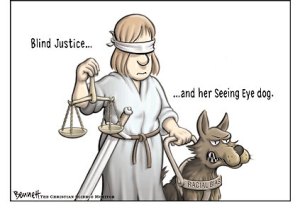 by forgetting the past.  God is “notoriously biased in favour of those without clout,” so the TRC disarmed the powers by bringing all injustice into the light.

Second, grace. Forgiveness follows admission of fault. It is both altruistic, and “the best form of self-interest” as Tutu explained. For in forgiving, you are no longer locked in victimhood, chained to the perpetrator. But this grace—returning good for evil—goes deeper yet: “When we say we’re sorry and forgive one another, we wipe away our tears and God’s tears too.” Why? Because “God dreams that every one of us will see that we are all brothers and sisters—yes, even you and me.”[4] Judgment begets judgment, but what if “my humanity is bound up in yours”? What if “freedom is indivisible,” and that the enemy is in reality another child of God: family? Surely, then, even as judgments must be rendered, our arms should remain ever open to embrace the other as part of ourselves. In Xhosa, this is called ‘ubuntu’ (oo-BOON-too): I am what I am because of who we all are. As the “rainbow people of God,” ubuntu extends to all.

The TRC’s resolution, as novel as it sounds, was not new. It was always God’s dream to reconcile all people to Himself as one family (2 Corinthians 5:14-21). And this dream moved from platitude to pragmatism when the Creator of the Universe called down from the cross to his crucifiers, “Father, forgive them, for they do not understand your dream.”[5] Truth declares our solidarity in sin. Grace offers amnesty for a time to the truly penitent. Justice is ultimately delivered to all who refuse to turn from their complicity in evil. And God’s dream of reconciliation is eternally realized for all those humble enough to forgive and be forgiven. May we in 2011 live toward this dream depicted in Tutu’s children’s book, that one day we will all join hands and play together under the tree of life from which flows healing to the rainbow nation.

One response to “Pastel Dreams and Apartheid”