A few nights ago, I was reading a popular children’s Bible with my kids. We read through the creation story describing how God made the light, separated the waters, formed the land, made the plants, animals, and finally made people. As we read, something troubled me about the re-telling but I couldn’t quite put my finger on it. Sure, as a literary sort of person, I was annoyed that the power of Divine language to bring forth creation is minimized in the re-telling. But that wasn’t it…. 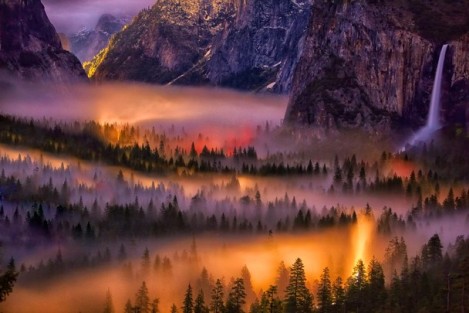 Since my kids are at that age where one reading is never enough, we re-read the story. The problem struck me like a thunderbolt on the second reading. Their children’s Bible skipped the repeated line “And God saw the light/land/animals and it was good.” I went back through the entire story: nowhere is creation described as good. People are described as “the most wonderful creature of all” but no earlier creation is described with a single positive adjective. While implied goodness is something, the sense that each bit of creation, on each “day,” is good, is absent from the text. In losing the reinforcing repetition, the pervasive sense of the goodness of creation is lost.

Many people might be more surprised to learn that the Bible talks about creation being good than that my kids’ Bible skips over creation’s goodness. The popular perception of Christian teaching in North America is that Christians believe the material world is inherently bad, that the human body is just a sort of unfortunate cage, that the created world is merely to use until we die and become spirits living in heaven, and that work is a curse to be avoided (regardless of what Pope Francis or any other theologian has said). And the Bible my children have could easily foster this view. When everything goes wrong a few pages later, it is easy to think that God’s creation wasn’t very good.

But the Genesis account of creation tells us, over and over again, that what God made was good. As an experiment, I decided to read the whole of Genesis 1 to my eldest aloud, telling her to close her eyes. By the third day of creation, she had internalized the pattern and would fill in the sentence; I would read “And God saw the light/firmament/animals…” and she would recite, “and it was good.” When we got to the sixth day of creation, she dutifully filled in her line—and was surprised by my response: “No.” On the sixth day, after creating people and finishing his work, God surveys creation and sees that it is “very good.” She giggled at the change in the line, the poetic and ideological significance clear to her on an emotive, if not intellectual, level.

Listening to the passage aloud, hearing over and over again that creation “was good,” means that the sixth day stops us, grabbing our attention and setting up the next passage. As the story continues, Adam is tasked with tending the garden and naming the animals—both forms of work—but these activities are contained within the context of creation being “very good.” Not only is God’s raw creation very good but humans taking care of God’s creation is very good. That’s right—human beings using their bodies to care for the material world, to name and know the material world, is all a part of God’s good creation. And caring for the world continues to be the created purpose of human beings…no matter what popular Children’s Bibles and misrepresentations of Christian faith say.