A clergy friend and I were talking over coffee recently about how being in this line of work is something of a magnet for human pain. As soon as people find out you’re a pastor or a priest, they will often begin to rehearse their own private litany of suffering or their grievances against the church or their most recent existential crisis or whatever. Sometimes, this can lead to very rewarding and meaningful conversation. Sometimes, it can simply be overwhelming. Story after story of loss and crisis and doubt and health problems and “Where oh where is God in all this?!” Sometimes I don’t really have anything to say, whether because there’s very little to say or because I’m tired or just not really in the mood to hear one more awful story. Sometimes I don’t really have any room on my agenda for anyone’s pain and wish it would just all go away. 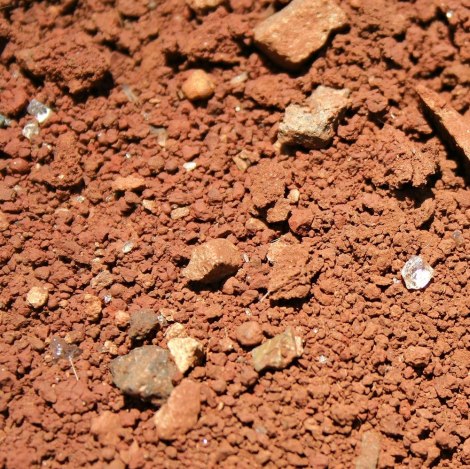 But is this the right thing to wish? In his book The Allure of Gentleness, Dallas Willard has this to say about the longing for a painless world:

Pleasure and pain are, in a word, the positive and negative poles between which flow the currents of human life. Detach one pole, and this life will cease. People who ask for a painless world don’t truly know what they are asking for.

A second way in which pain serves a good is this. It is only in the heat of pain and suffering, both mental and physical, that real human character is forged. One does not develop courage without facing danger, patience without trials, wisdom without heart- and brain-racking puzzles, endurance without suffering, or temperance and honesty without temptations. These are the very things we treasure most about people. Ask yourself if you would be willing to be devoid of all these virtues. If your answer is no, then don’t scorn the means of obtaining them. The gold of human character is dug from tortuous mines, but its dung and dirt are quite easily come by. And it should come as no surprise to us that in our time—the time of the great flight from pain—such virtues as these are conspicuous only by their absence.

A thousand objections instantly popped to mind. What about genocides? What about the rape and abuse of children? What about systemic injustices over long periods of time that lay waste to entire communities of people? What about those whose suffering seems to have precisely zero redeeming value? What about those who are destroyed by pain, whose lives shrink into calcified, bitter shells of inhumanity? To suggest that evil exists so that God can produce character in human beings brought to mind philosophy classes that I took in university—classes where this idea was summarily dismissed as insulting to those who suffer, not to mention grossly ineffective. If God’s grand plan for producing better human beings is to allow them to suffer, it seems a very poorly conceived plan indeed.

The truth is, I still resist Willard’s words here on some level. It seems somehow too formulaic, too simple, too neat and tidy. Plenty of dung and dirt come out of suffering, it seems to me. And sometimes, some pretty admirable human character seems to come about quite nicely without pain. As far as explanations go, it seems to leave way too many loose ends and stray threads for my liking. And pastorally it’s hard for me to imagine saying anything like this to someone in the midst of suffering. At least not right away. Perhaps it could be a conclusion that would emerge out of conversation and prayer and shared experience. But to tell someone who lost a child or was diagnosed with cancer or was in the midst of divorce, “Well, just think, God’s using this to produce virtue in you!” Probably not.

And yet, it’s very difficult to dispute the last two sentences of this quote, both theoretically and empirically. I was in my twenties when I was dismissing arguments like Willard’s in the abstract comfort of a philosophy classroom. A few decades later, I’ve seen a bit more. I’ve seen human lives that have been forged in pain that I quite literally can’t imagine. I’ve spoken with people who have suffered incredibly, yet have become people of resilience, strength, compassion, and mercy. I have seen what it looks like to forgive one’s enemies and the kind of person it requires. I have seen the fruit of the Spirit grow out of what seemed to me only a barren desert, utterly incapable of producing life.

And what of that last sentence in the quote? What kind of people do we see in our time—the time of the great flight from pain? In very broad generalities, does our culture exhibit virtues like courage, wisdom, endurance, temperance, honesty en masse? Are these the kinds of things that a watching world would readily associate with the “Christian West,” a culture that is quite probably the most comfortable and affluent of any in history, a culture that experiences, as a whole, the least suffering of any people group at any time? Or, do they see a culture consuming and entertaining itself to death, drowning in triviality and ephemera, allergic to inconvenience, perpetually hungry for the pleasures and conveniences we are convinced we are owed. I suppose it would all depend on where and how we looked. But in general terms? I wonder…

Maybe, just maybe Willard is at least partly right. Maybe we, who ask for a painless world, don’t really know what we’re asking for.