The global news cycle as of late appears to have taken an unusually harsh psychic toll on people around the world. The events of Orlando and Dallas, Nice and Paris, Baton Rouge and elsewhere have compelled citizens around the globe to wonder whether the world is falling apart. A wave of anxiety and serious concern over the fate of society seems to have spilled into the collective psyche as a result of a series of tragedies and overwhelming fears, from police shootings and racism to terrorism, Zika, and American politics. 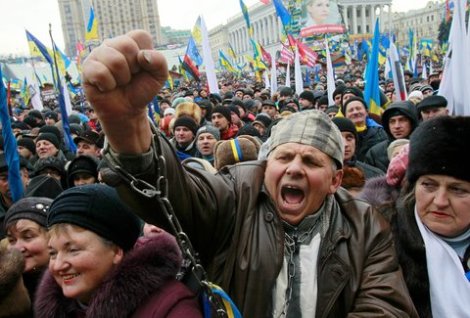 In the wake of these events, some respected journalists in the States have questioned the durability of a once stable social order. Writing for The New York Times, Ross Douthat asked, “Are We Unraveling?” and just a week later, David Brooks probed further with his article, “Are We on the Path to National Ruin?” While these pieces are mostly about American culture and politics, there is nothing uncontroversial to widen the focus and conjecture that Britain has serious concerns about Brexit, France fears terrorism, and Germany faces a global migrant crisis.

While the articles mentioned above frame the situation as a genuinely open question, it seems there is journalistic penchant for narratives of decline. In my own field of study (sociology of religion), declensionist narratives have characterized several retellings of the story of modernity, and they animate many of the best social commentaries we have seen. For instance, Robert Bellah’s The Broken Covenant, James Davison Hunter’s The Death of Character, and Robert Putnam’s Bowling Alone all warn of a social collapse brought on by the rise of expressive individualism, the loss of community, and technological advances unmoored from a time-honored moral education. The decline of Christianity and the rise of secularism, as told by Christian Smith’s edited work, The Secular Revolution, reveals a similar narrative: There was once a society infused with Christian principles, but now the world is digging its own grave and becoming less religious because of the intentional work of a coterie of secular humanists in the sciences, the academy, the media, and the government.

While I appreciate the strength of these sociologies (many of the writers above are Christians, in fact) and often gravitate to the journalistic jeremiads we’ve seen in the media recently, I wonder how narratives of decline and the journalism of despair that mark our day square with the biblical narrative that emphasizes hope and redemption.

To be sure, there is a definite place for analyses limited to a specific time and place, and there is no reason to stick our heads in the sand and refuse to admit the world is broken. The Bible, too, contains communal and individual lamentations, epochs of exile, and enough betrayals, abandonments, and death to bring individuals to the verge of despair.

But the at the same time, the ultimate arc of the biblical story is one of hope and redemption. For this reason, I think, Christians should not let modern narratives of decline—whether they come from social scientists, theologians, journalists, or other pundits—take on an ontological status. For Christians, the ultimate story can never be a narrative of decline because God’s covenant cannot be broken and His character cannot die. This doesn’t mean that our world will march inevitably towards some more prosperous and peaceful era. It certainly doesn’t, in fact, and the Bible attests to that, too.

Even so, in the grand scheme of things and despite the ups and downs of social, political, and economic orders around the world, God promises to end the pain and suffering and redeem His creation. That is the hope Christians have and need in a world that appears—but only appears—to be out of control.