In a Hundred Days Between Sky and Sea, Amyr Kink narrates his grand voyage across the South Atlantic. He rowed from Africa to the Brazilian coast on a small boat, without sails or engine. He faced weeklong torments, slept under the starry sky and had encounters with whales who found a sport in towing his boat on their backs. His diary shouts with exclamations when he declares, “terra à vista!!!” 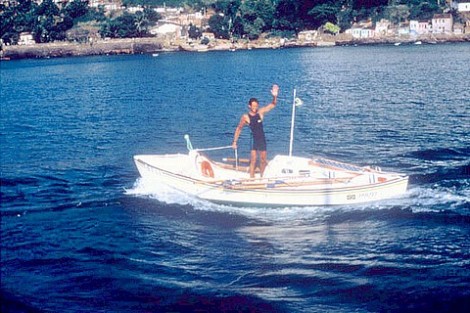 Just a couple kilometres off the coast, his boat is approached by local fishermen.

‘I’m not fishing!’, I answered, admired at the smoke rings that rose up [from their diesel engine].

‘Where are you coming from, then?’, he insisted.

‘I come from Africa!’

‘And where is that beach?

I explained that it was more or less far from there. The man smiled without understanding, showing all his teeth, and after guiding me on how to avoid the rock formations, asked me:

It is curious to meet someone who has no idea of what we have been through. A journey from Africa was completely out of that fisherman’s mental landscape, accustomed only to local beaches. He could not conceive that the small boat was not there to fish, nor that Amyr did not frequent the local bar every evening, and that he would not meet Doró to pass the message forward.

This funny feeling by everyone who goes through a meaningful experience or journey, like living abroad for a year, and who comes home to see everything much the same way, with the local jokes and prejudices and common sense, and who hears people asking, “How was life in Japan?”, as if asking, “How was last weekend?”

It is the same feeling reported from prisoners released from concentration camps in World War II. After coming home to the places they had longed for and desired in their minds for an endless succession of days, they were usually welcomed only with a shrug of shoulders. Viktor Frankl describes the feelings of coming home from the Holocaust:

When he heard the same phrases nearly everywhere, ‘We did not know about it,’ and ‘We, too, have suffered,’ then he asked himself, have they really nothing better to say to me?[2]

To feel understood by someone who has been through the same things is a wholly different experience. There is 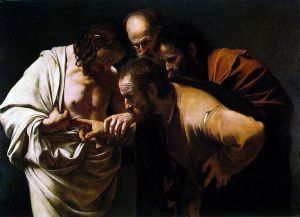 empathy and awareness. We can talk about the same sights and fears and conclusions. The other person has a similar geography of experience and can relate to us. There is immediate bonding: we know we’ve met a kindred soul.

And this is one of my favorite things about the Christian message. God is supreme and all powerful, for sure, but he also packed his belongings, became a human person, and moved to the neighborhood. He traded eternity for a mortal body. He left heavenly bliss to share a place at the table and eat. He loved and suffered and despaired. He became someone who, when we hear he say, “I know what you’ve been through,” we can answer sincerely, “Yes, you do. Yes you do.”