A friend of mine, married with two children, once confessed that he felt a bit guilty about buying a three bedroom house in a leafy, desirable London suburb, having done all that master bedroom design and decor for the whole house. It wasn’t that he felt it was the wrong place. On the contrary, it was exactly the 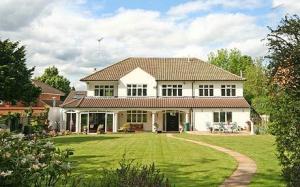 right place. Almost too right; a more comfortable, more suitable and more desirable dwelling than the majority of people in the world could ever afford or even imagine calling ‘home.’ My friend had previously worked in Africa and come face to face with serious impoverishment. How now could he justify his well paid job and comfortable lifestyle? What was he supposed to think about these things? And how was he to escape his sense of unease?

There’s a fine line between living well and living rightly. The problem is not that wealth doesn’t satisfy, the problem is that wealth satisfies way too much. It fulfils so many human longings—security, comfort, influence, choice, identity… it seems to make everything ‘alright’ but it can blind us to the fact that hardship is the norm for most of the world’s inhabitants. Too much comfort and security can push us away from those who have the opposite, from those who have less or nothing, and who live in fear as a result of material lack.

My friend was concerned about all these things. Some kinds of tension are

incompatible with Christian spirituality, but some tensions, I believe, are entirely appropriate. It’s not a bad thing to worry that one’s house is too big or one’s personal expenditure too large. Perhaps they are! And perhaps they can be used differently. Uneasiness on its own does nobody any good. But if unease becomes the seat of fresh vision, and if that vision effects positive change, then there is a place for disquiet in the Christian life.

2 responses to “When the Living’s Uneasy”